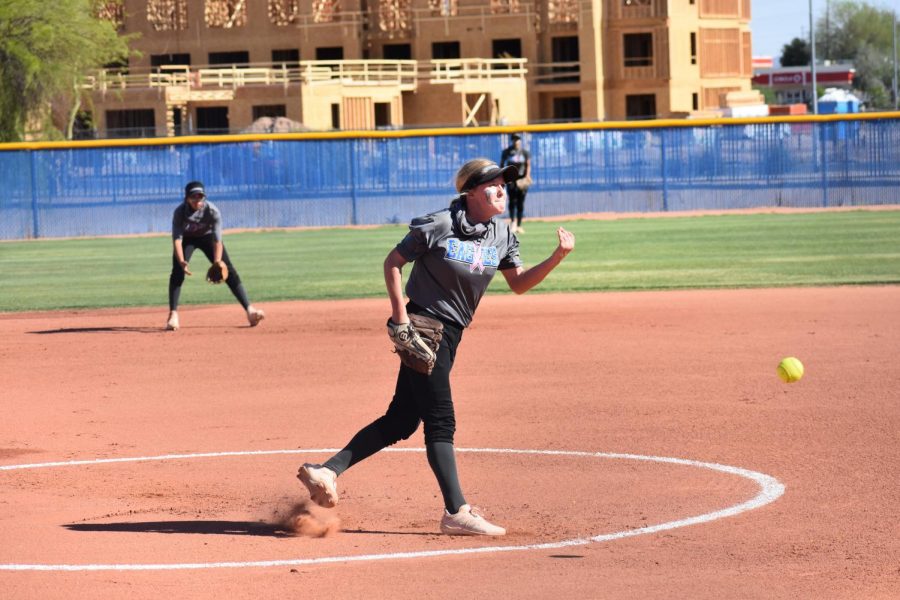 Last spring, sports were tragically shut down as a result of the COVID-19 pandemic. This made spring athletes lose a year of competition from their high school sports. But now the OHS softball team is coming to take back the state title they claimed in 2019.

The OHS softball program has had much success in recent years making it to the state tournament five  of the last six  seasons. The softball players work hard everyday on and off the field to reach success.

“I make sure to do my own work outside of practice: hitting off the tee, taking ground balls, playing catch or going to the field with my family,” said Rylee Holtorf, senior.

Practice is the most important part of the day for OHS softball as it is the only part of the day where the whole team comes together to get better. Two hours is eight  percent of the day so they have to do all they can do to grow as a team in that time. They have hard practices that are designed to physically and mentally strengthen the athletes.

“A normal practice includes throwing, a good amount of ground balls, hitting, bunting, and working on the communication and energy,” Holtorf said.

The OHS softball varsity team is also very young with about half the team not having any prior varsity experience. With a young team brings new challenges such as inexperience and the stress of playing on varsity.

“It was definitely a challenge at first but I think everyone has really adjusted to the varsity level. Having a lot of young girls on the team definitely gives us upperclassmen a great opportunity to work on our leadership,” said Lauren Laudick, senior.

Leadership is also important for any team, and it is fundamental to success. The OHS softball team doesn’t have team captains but instead has a unique look on leadership in that everyone has a role to play.

“I think everyone on the team has a major leadership role no matter if this is their first or fourth year on the team. Whether it’s being the loudest cheerleader on the bench or being [a] four hole hitter, we all contribute to the team equally,” Laudick said.

It takes hard work and determination to be able to put on a varsity softball jersey and represent O’Connor and the O’Connor softball program. Every player on the team recognizes that and works hard in order to ensure success.

“Before coming into high school, I knew what I wanted to do, and so I worked harder every single time I was at practice and realized what I needed to work on,” said Christina Meneses-Ibarra, freshman.

The JV team is also working hard to have a successful season. They have worked just as hard as varsity to get better every single day and play well on the field.Team bonding is an important part of how the team plays and practices. In order for the team to achieve greatness the athletes have to be close with their teammates.

“We have a special kind of dynamic. I’m pretty close with everybody and that’s such an important part of being a team so when everybody’s ball friendly and stuff it just makes everything a lot easier,” said Grace Richardson, junior.

There’s a lot of determination that goes into making the team and succeeding which takes a lot of effort outside of just school practice which includes going to hitting practice and one on one sessions with coaches.

“So for a couple of years I’ve done weakly pitching practice. And we do six practices a week and it’s just a lot of practice and perseverance,” said Kayla Hindi, junior.

In games their hard work and teamwork is when it pays off. During competition when they show their attitude and teamwork they perform better

“The more we communicate at a game and cheer each other on the better we do usually,” said McKenna Kllle, sophomore.

The freshman team is a group of entirely new athletes to the school which have never played on the OC softball team before meaning the players have to adjust to high school softball and not knowing how the games will go.

The team has a mindset to win and they know they’re one of the top freshman teams in the state with a 9-1 record. In order to keep this good record they have to always have the mindset they’re going to win.

“We’ve always been a great team and had a good mindset this season but we haven’t really taken the loss to heart,” said Aubrey Burgos, freshman.

The team has also felt like they are close which is important especially for a freshman team as this is the first time most of them will meet each other and they will be teammates all throughout high school.

“The girls are really fun and the games we play we work well together,” said Chloe Beckman, freshman.

My name is Jackson Morgan I am a sophomore and this is my first year writing for The Talon as a staff writer. I am also on the wrestling team. I spend...