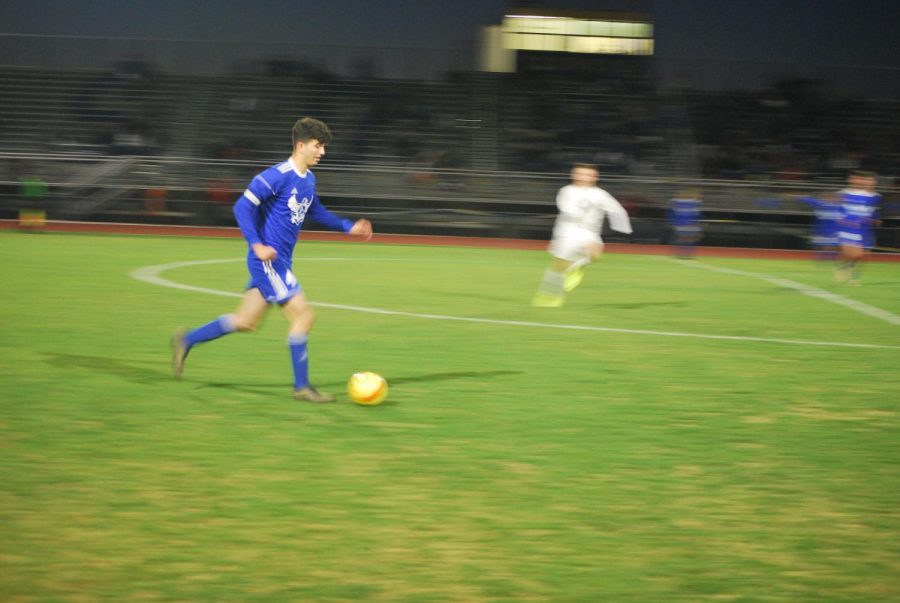 Both JV and Varsity boys soccer played at home against Mountain Ridge this past Friday, Jan 24, with both securing a win. JV won against Ridge 8-0, having the game end in a mercy rule after 60 minutes. Varsity won 4-1, going the full time.

Varsity started off the game, conceding a goal to Ridge early on, but quickly rallied and scored two goals by the end of the first half. Varsity continued this into the second half, scoring another two goals, and holding Ridge to their singular goal. JV decimated Ridge, scoring goals left and right throughout the game, not allowing Ridge to even score one. JV won easily, having their first mercy rule win of the year. Mercy rule only occurs when one side is leading by eight after 60 minutes, so it was a big win for JV, after tying every game for most of the year.

With this win, Varsity has a record of 6 and 2 on the year, which places them at 13th in the conference. That ranking will most likely secure them a spot in the playoffs, depending on how the rest of the season goes. Varsity and JV both had an away game against Pinnacle high school on Jan 28. Varsity won 5-3, and JV lost 2-3. They both travel again to Boulder Creek high school on Friday, Jan 31.

Both JV and Varsity had great games against Ridge, beating their rival high school by a large margin. With the season coming to an end, this was a tremendous win for both teams. JV has been having a tough year, mainly only tying or losing, so this win means a lot to the team. And with the prime playoff position Varsity is in, this win gives them a better chance of getting there.