Cross Country is racing into the new season 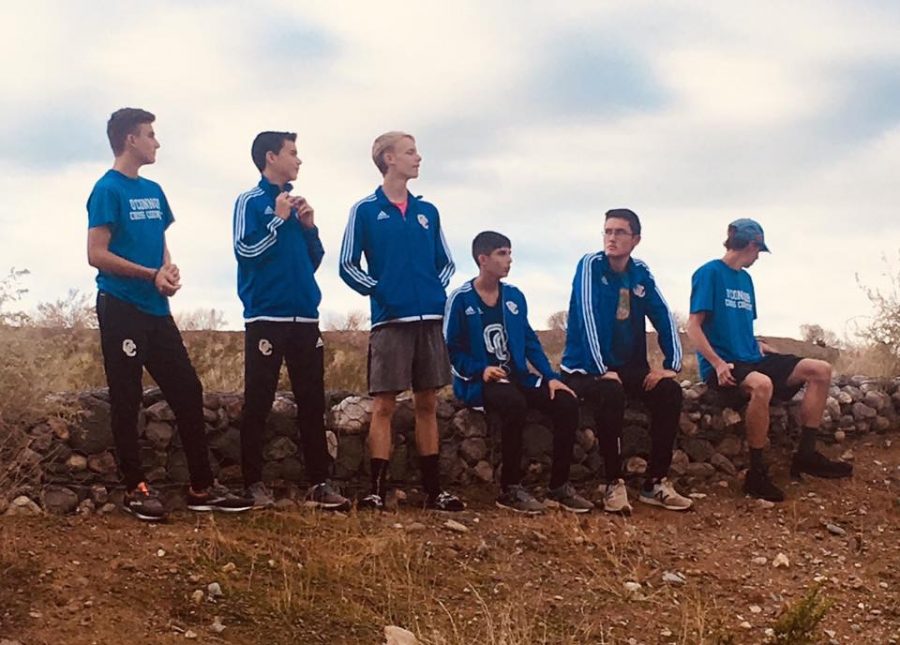 The cross country boys team after their race on Oct 13 where they placed first.

Cross country is one of the many sports available to students of OHS. Unlike most of the other sports however, it is a non-cut sport and anyone can join if they wish to.

Lucy Sanchez, freshman, joined cross country to follow her passion of running and wanted to do it with her sisters. She plans to continue doing cross country at least into next year.

“I’ve always just liked running and my sisters were doing it so I’m doing it with them. I enjoy beating goals and being able to make them. I know I’m going to do it next year,” Sanchez said.

Macy Sanchez, freshman, and sister to Lucy, wanted to do a sport after quitting soccer, and saw cross country as a good opportunity to return to sports.

“Well one, I used to do soccer and then I stopped so I wanted to do a sport. Two, I’m a freshman so I wanted to get involved in school and cross country was something fun and simple to do,” Sanchez said.

Andrew Hembree, sophomore, also new to cross country, has wanted to do a running sport since middle school and decided to do cross country this year.

“It was probably in seventh or eighth grade that I considered wanting to run and I actually started this year and I just like the idea of being able to do that over long distances instead of smaller ones,” Hembree said.

Two weeks ago, cross country had a meet at Grande Sports Complex in Arizona. This was their fourth meet of the year. Kennedy Sanchez, junior, got three-hundred and sixth place, setting s personal record, with a score of 29:07.05 after a three mile run.

“I wasn’t able to run at the meet last week because I hurt my ankle, but I will be able to run in the next one,” said Sanchez.

The next meet will be at Paseo Highlands Park here in Arizona. The first race is at 1:00 PM with the men running first, and the women running next at 1:30 PM.

*Due to the Talon going to the printer, statistics for the DVUSD meet can be found on aia365.com