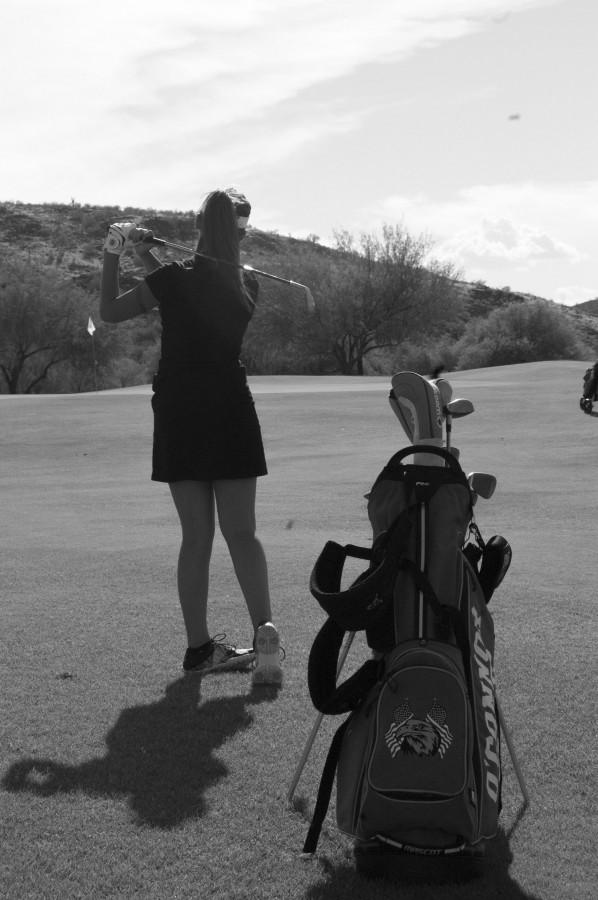 The boys golf team has played well this year and currently sits  8th in the state rankings. The team is on par with the expectations they set at the beginning of the year.

“We’re leading our section which was kind of our goal because that’s an automatic in to the state tournament,” said Alan Baker, head coach. “We’d like to see maybe a little bit better scoring average but we are pretty much on target.”

The team has been able to shoot for those expectations together.

“One of our strengths is we work together well,” said Kurtis Tisch, senior. “Even though we’re a team, we’re still competing against each other and it’s good competition every week.

“For the state tournament, we want to be top 5 or better,” Baker said. “When it’s time to compete they step up and go after it.”

The girls golf team is currently 19th in state rankings, and is under new management as new head coach Steve Casey has taken the reigns this year.

“I really didn’t have any expectations since this is my first year coaching,” said Casey. “But it’s been enjoyable. It’s been different because this is the first time I’ve coached girls so it’s been a different treat for me.”

The girls have had an enjoyable season so far.

“My goal was to get the girls to shoot under bogey golf and to make state,” Casey said of his team goal going forward. “We’ve got a couple matches to go so maybe we can pull it out and get in. The girls have always shown up with a positive attitude and worked on their game.”