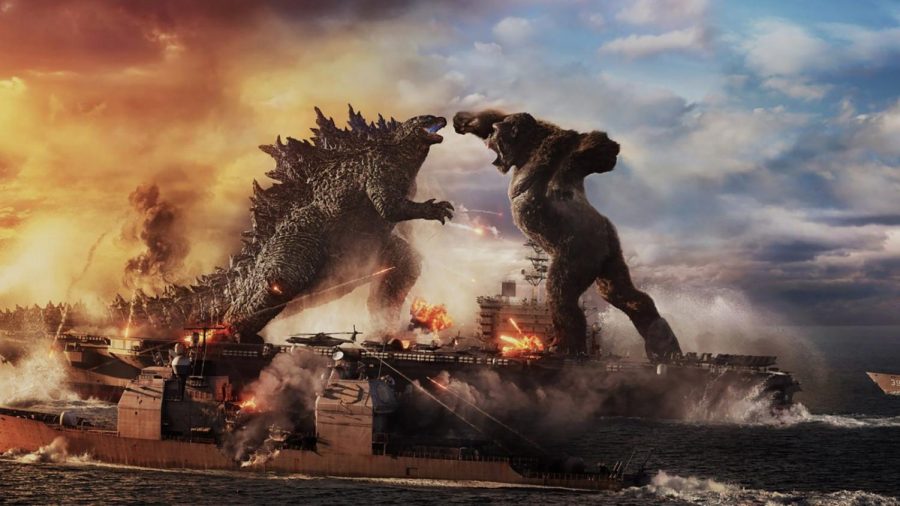 The film follows scientists as they realize that Godzilla is gunning for Kong, as only one can be king. Because Godzilla poses a threat to humanity, the humans need Kong to kill him, but not without help. They need to reach “Hollow Earth”, which is essentially our world, just at the center of the Earth. It’s the birthplace of Kong and Godzilla’s powers. Long story short, they get to the center of the Earth, Kong makes a radioactive axe to combat Godzilla, they fight some, they both lose once, Godzilla comes out victorious. Plot twist though, Godzilla was actually after humanity because an evil corporation is trying to kill Godzilla by creating “Mecha-Godzilla”. Godzilla and Kong team up, beat Mecha-Godzilla, realize that the planet is big enough for the two of them and go their separate ways.

Much of the criticism is aimed at how much screen time the humans get, demanding more for the lead monsters. It’s a fair criticism. Where the problem truly lies is how terribly written the human characters are. There is legitimately only one likeable character but even then, there is no thematic throughline for his arc. Everybody is a caricature with very few defining traits. Mean rich girl, adventurous teen and friend of adventurous teen who is paranoid and annoying throughout the entire journey, crazy journalist/conspiracy theorist, quiet girl who has a unique connection to Kong, and smart guy who’s embarking on the journey because of a lost family member. There is no substance, no layers, and zero likability.

The film is layered with so many logical issues that make the story broken to the core. How did Godzilla even know where Kong is? Why do the humans keep Kong locked in a dome on Skull Island? They try to explain that they need to protect Kong from Godzilla but one: Kong can’t get off Skull Island to begin with and two: How would Godzilla find Skull Island? It doesn’t stop there.

The B plot revolves around Madison Russell, played by Millie Bobby Brown, and Bernie Rayes, played by Bryan Tyree Henry, as they look deeper into what exactly the aforementioned Apex corporation is up to. A few big issues pop up. Bernie Rayes operates as an anonymous conspiracy theorist/podcaster, who also works for the evil company. That’s how he’s able to leak the information to the public. The big question is how Apex hasn’t caught and sued Bernie for releasing private information. Madison, a teenage girl, is able to find where Bernie is hiding in less than a day, while Apex has no clue as to who the leaker is. How does the company not recognize his voice in his podcast?

They attempt to make the audience care about Bernie because his wife passed away but, outside of being a crazy conspiracy theorist, that’s his only other character trait. There is no throughline for him, or any other character for that matter. At that point, why have the humans so heavily involved? Director Adam Wingard has already gone on record saying that the next film will have even less human screentime.

The fix wouldn’t be “remove humans from the films entirely,” but rather put more leg work into making the audience care about them. Having human characters in the film makes sense because it creates a sense of scale for the viewers to full grasp how powerful the monsters are. It’s a detriment, though, when your human characters are unlikable and bland.

The only clear praises towards the film are some bits of actions and phenomenal special effects. The standards aren’t high for a monster film but it shouldn’t be too hard to pull an internally consistent narrative, while having some fun characters that create a clear sense of stakes, and some cool action.