DC is planning to crush the next few years 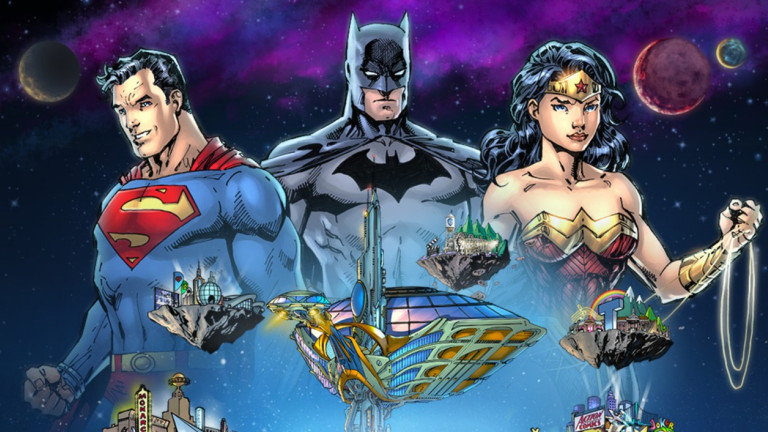 The last decade for DC Comics hasn’t been looking too good, but it seems things are going to be changing for the better. On Aug 22, Warner Brothers and DC comics hosted DC Fandome, where fans all across the world could tune in on any device to witness new announcements for movies, comics, and games. At the event, several movies and games received new trailers, along with some major announcements.

One of the biggest trailers to debut was Matt Reeves’ “The Batman”, starring Robert Pattinson. The trailer took the internet by surprise with its fantastic flare, beautiful cinematography, A-grade music, featuring Nirvana, and a seemingly faithful adaptation of the Batman mythos. Fans also got to listen to Matt Reeves discuss his process on making the film and show off his sheer knowledge and passion for the character and lore, which assured everyone that Reeves knows what he’s doing.

Unfortunately, Batman himself, Robert Pattinson, contracted COVID-19 while on set. Production was on pause for about two weeks as Pattinson made a speedy recovery. Tying into “The Batman”, will be a prequel show following the “Gotham City Police Department”. No details have been released regarding the HBO Max exclusive, but the show is said to loosely follow the “Batman Year One” story, which showcased the birth of the Batman persona and underlined the corruption Gotham City suffered from.

Fans were also surprised and delighted to hear more news, regarding Michael Keaton and Ben Affleck both returning to the roles of Batman in Ezra Miller’s “The Flash”. The film has been in development for years, originally planned to be released in 2018, following 2017’s “Justice League”, but because of the complete failure of the film, “The Flash” has been pushed back on multiple occasions, with multiple directors and writers coming and going. Andy Muschetti, director of “It Chapter 2”, became the film’s permanent director, promising a heartfelt journey following the Flash and Batman.

Hearing two Batmen returning in one movie can be a bit confusing to the mainstream audience. “The Flash” will be loosely adapting the ‘Flashpoint’ storyline, where Barry Allen, AKA the Flash, decides to go back in time to save his mom from being killed. Because of this, the entire DC timeline was changed for the worst, ending with the Flash realizing his mistake and fixing the timeline. The movie will follow the Flash, played by Ezra miller, and Batman, played by Ben Affleck, traveling through the DC multiverse and running into alternate versions of the heroes we know and love.

This is how Michael Keaton comes into play. Keaton will be returning as his Batman from the “Batman” ‘89 and “Batman Returns” films to meet and interact with the Flash. As exciting as it seems to get two versions of Batman back, this is supposed to be a movie about the Flash, a character that hasn’t had any mainstream representation outside the television show. Writing about the Flash grants you amazing opportunities to explore themes of morality, love, change, and acceptance through the mythos of the character. We don’t need to explore the pantheon of Batman lore in a movie centered around the Flash. The film is slated for June 22, 2022 and fans are hoping it doesn’t get delayed any longer.

Other major movies include more details on Dwayne “The Rock” Johnson’s “Black Adam” movie. Black Adam is a god who rules over the middle eastern nation of Khandaq and is typically the arch nemesis of Shazam, who received his own movie in 2019. Details are scarce, besides the concept art shown at Fandome showcasing Black Adam himself taking on the Justice Society of America. After about eight years of development, the film is slated for Dec 2021.

Besides Matt Reeves’ Batman being the most anticipated film at DC right now, Zack Snyder unveiled his cut of 2017’s “Justice League”. People try to forget this film exists, as it’s notorious for its terrible dialogue, plot, and special effects, most notably the airbrushing of Henry Cavill’s mustache on the face of Superman, giving him a disfigured and creepy upper lip. The film has a tragic timeline, which led to its failure at the box office in late 2017. Zack Snyder, director of “Batman vs Superman: Dawn of Justice” and “Man of Steel”, was the original director of the film. Due to a family tragedy, Snyder had to leave the project and Warner Brothers hired ex-Avengers director Joss Whedon, to rewrite and reshoot more than half the film in under a year.

After receiving such a sorry excuse of a film, fans knew that Warner Brothers still had most of the footage from when Snyder was filming which led to a three-year long campaign for Warner Brothers to #ReleasetheSynderCut. This hashtag blew up on several occasions throughout social media, eventually convincing Warner Brothers to contact Snyder and ask him to finish the film with the footage he shot. Snyder announced that the cut was coming to HBO Max, one the latest streaming services to launch. At DC Fandome, Snyder showed off a new trailer, which showcased brand-new, never before seen, scenes from his cut of the film. Along with the song “Hallelujah”, which was a tribute to his late daughter.

Majority of fans are ecstatic to see Snyder finish his film and witness his true vision of Justice League, but there are some who are skeptical. Snyder is notorious for his messy and terrible plots, butchering the comic book source material, and his need for style over substance. While it will be great to see what we, as fans, were always meant to see, it still doesn’t mean the film will be good. “Justice League”, the director’s cut, is set to release on HBO Max in 2021.

With all the trouble DC Entertainment has been put through, it’s good to see that they’re finally thriving and that they’ve hopefully conquered whatever demons they had. DC Entertainment’s future is looking very bright with everything on the way.