Star Wars season 7: is this the season we’re looking for? 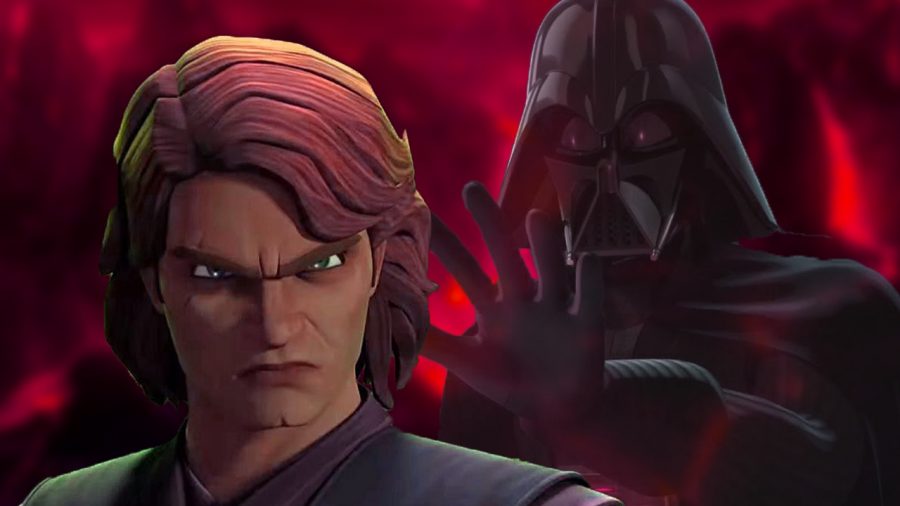 It’s been seven years since Disney decided to cancel the fan-favorite, animated show, “Star Wars The Clone Wars” .It was something that Star Wars fans could universally agree on being good, as it expanded the Star Wars universe in ways thought never conceivable. It took the world that George Lucas set up in the prequel films and expanded on it. We were introduced to new characters that we would get invested in, new worlds that would constantly change the landscape and tone of the story. It was a good show, but like a lot of shows, it was ripped away from the fans because of Disney’s disapproval of the violence. The show would end after season six, leaving questions unanswered and certain characters’ fates unknown.

Until just a few years ago, the trailer for season seven launched at Star Wars Celebration and fans would be granted the closure they’ve been seeking for years. Or would they? As of right now, eight of the 12 episodes have been released on Disney Plus, but are fans really satisfied? Sure they got their show back, but that doesn’t give it a pass on quality.

Seasons work in arcs, similar to anime, where three or four episodes are dedicated to a contained story and focus on one character or a small group of characters. The first arc of season seven, “The Bad Batch”, follows our Jedi Knight Anakin Skywalker as he manages to work with a very unconventional group of soldiers, each one genetically enhanced. Think of the Ninja Turtles, where each soldier harbors a specific skill, like heightened strength or intelligence.

While the arc could be seen as dumb fun, it doesn’t really further the overall story, especially since we don’t really get any character development with our core characters. It can be argued that all of the character work was done in the previous seasons, but that doesn’t mean it can’t stop. There’s always room for growth. Another argument could we’re taking these characters that have grown throughout the show and placing them in situations that would challenge their ideals and morals. Which is a valid argument because that’s exactly what happens.

“The Bad Batch” arc doesn’t do that. It doesn’t provide anything thought-provoking or change the landscape of the world we know. It’s not poorly made, but it certainly isn’t amazing.

The next arc is the exact opposite of what was just described. There’s no proper name of the arc so it’ll just be dubbed the “Ahsoka arc”. The four episodes follow ex-Jedi Ahsoka Tano as she struggles to find her place in the galaxy. She runs into two low-life citizens and slowly learns through them that the Jedi she idolized aren’t necessarily as noble as she thought.

Ahsoka progresses as a character. She learns that the world isn’t black and white like the Jedi taught her. She learns that people will do bad things but have good intentions. We don’t really see a concrete change just yet, but there’s bound to be a drastic shift in her morals. This arc is a great example of putting a character through the wringer. Their morals and beliefs are put to the test, which is a great aspect not just of Star Wars, but of storytelling.

With that all being said, the arc still has its bumps. The two characters that Ahsoka teams up with aren’t the most likeable characters. They can come off as annoying and \ don’t really have any sort of emotional payoff by the end of the arc. There’s also an episode that’s just complete filler, meaning it doesn’t provide anything to the overarching story and characters. It just exists to fill an episode slot. There is no progression in the plot. The characters end right where they began at the start of the episode.

The action also takes a back seat. There’s not really any high-octane action that gets the blood pumping like in “The Bad Batch” arc, which doesn’t make it bad, but it certainly isn’t jaw dropping like the other seasons.

That’s really the best way to sum up this season. It’s missing something that the other seasons shared an abundance in: high stakes. Stakes are what create tension. It helps show the audience what’s at risk. The stakes of a story are reliant on the abilities and knowledge a character has. Think of it like gambling. The higher the bet, the higher the stakes.

Nothing is really on the line in these episodes. There’s never a feeling of these characters dying or the world as we know it crumbling down. Hopefully though, the next and final arc will fix that problem. “The Siege of Mandalor”, where Ahsoka will aid the Mandalorians in getting back their planet from the infamous Sith, Darth Maul. It’s highly likely that this storyline will tie into “Revenge of Sith”, presumably during the events of the film. The cast of the show have promised that this will be the best of the series and with such high praise, expectations will follow suit.

It’s important to note that this is not bad by any means, but can be described more simply as a rocky road on its path to greatness. It’s still nowhere near as terrible as the Star Wars sequel trilogy. Despite its flaws, “Star Wars: The Clone Wars” is still a gem amongst the sea of terrible animated television.