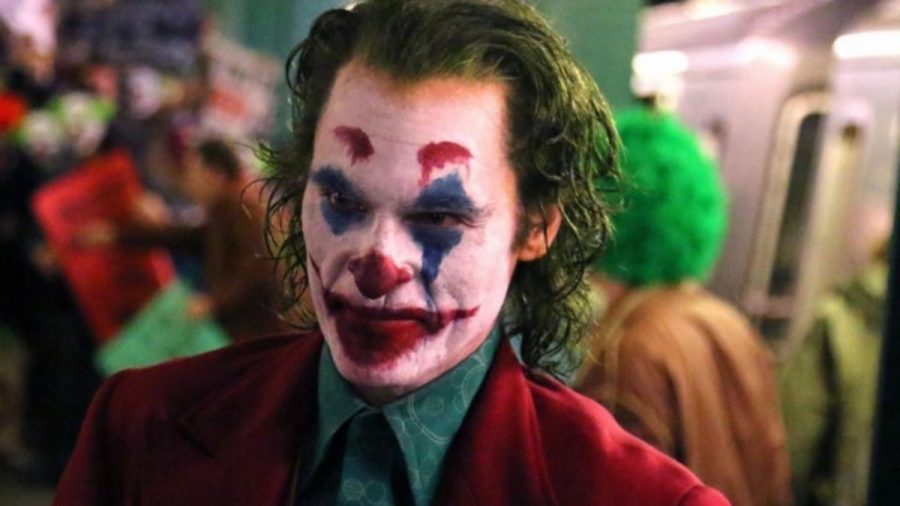 *SPOILERS* Mid 2018, the Internet was taken aback with the first set pictures of the movie simply titled, “Joker”. No fan was asking for this to be a movie, especially when the rough draft of the script was leaked online. Fans of the character were not excited for taking the ambiguity of the Joker and giving him a concrete origin. Then the first teaser came out, the trailers came rolling out, and the hype began to build.

This film was worth the hype in every way possible. Movie fans and even comic book fans were taken aback by just how perfect the movie was. The acting was  phenomenal. The Joker (Arthur Fleck), played by Joaquin Phoenix, was able to deliver the perfect performance making the clown prince of crime seem so real. The lighting and cinematography makes every other superhero film look like an unused coloring book. Each scene is filled with so much color and flamboyance, and each frame of the film is shot in a particular way.

This movie does not serve some larger purpose like a cinematic universe. It’s there to serve the character, which most solo comic book movies should do, but then fans also get things like “Captain Marvel”, “Justice League”, or “Far From Home” which do not achieve either.

Those movies did not understand that we wanted to be invested in the characters, not the universe we are in. That’s what team-up movies are for. But there are some that manage to do both. They provide an emotional story, while building upon a larger universe such as the first Avengers film and the Guardians of the Galaxy duology.

But “Joker” is so character focused. When the very first teaser came out, the trailers starting rolling, all of the interviews came out with Todd Phillips, the director and people started to have hope that this movie would be good. During the entire movie, people are thinking about whether or not they should be sympathizing with this character due to his social situation. He lives a sad life and it is not necessarily his fault.

The audience feels bad for Arthur Fleck; his life has been horrible for most of it. But at the same time, he murders people, a lot of people. He suffocates his mother, he shoots an innocent TV star in the head. He kills one of his coworkers and scares the other one half to death. That’s when we realize that this is the true Joker. This is the Joker from the famous “Killing Joke” graphic novel. He lives a life of pain and suffering and misery, and he finally decides to let go of all of it once and for all. And it’s beautiful. Like the famous “Dark Knight” film, the Joker presents a morally conflicting idea: Are people really good?

People are cruel in nature; that’s the concept the Joker proposes. No matter the version, the Joker is always trying to prove a point to an opposing force, whether it be Batman or society. And this movie does that perfectly. It tells a story of someone who has lost hope.

While this is just an interpretation, “Joker” is written like the Joker straight from the pages of a comic, someone who’s very unpredictable and can even be nice at times. Sometimes, he does things just for the fun of it. After killing his coworker, he lets the other live because he scared him half to death. His goal was to send a message and he achieved it. He wanted to instill fear on his friend. That’s why he killed the late night show host. He did not kill anybody else because he knew he got his point across. That is the Joker’s biggest goal: proving a point.

It is also worth mentioning that the director, Todd Philips, decided to kill off Bruce’s parents again, but from a completely different perspective. We didn’t care about Bruce Wayne or Batman, because we wanted to see the Joker. We care about his story and only his story. People did not sympathize with Bruce and that is brilliant. They showed Batman’s parents getting shot, and the audience could not have cared less. Maybe we have seen it so many times, or maybe it was made that way. Maybe some people didn’t even notice that it happened. It happened so quickly and it was done so nonchalant. For once, people didn’t really care about seeing Batman. The people wanted to see the Joker.

“Joker” is able to craft a story of sorrow and true misery. This film is an achievement for not only comic book movies, but for film in general. “Joker” is quite literally perfect in its attempt to encapsulate the audience in the tragic tale of the comedian turned psychopathic killer.