Blackbear’s newest album, ‘ANONYMOUS’ was released March 26th, 2019, and debuted at #14 on iTunes charts. His new album dives into the complexities of the pain of being in love and his personal struggles with drugs and addiction.

Unlike in his previous albums and songs, Blackbear goes deeper and becomes more honest with his addiction to drugs and alcohol and the difficulties of relationships. His last two albums, ‘Cybersex’ and ‘Digital Druglord’ don’t reveal his emotions as deeply as ‘ANONYMOUS’.

‘ANONYMOUS’ is based off his ex, Sydney Carlson and their past relationship. Blackbear captures his fans and lures them into a deep and well written album. For the first time, he truly expressed and poured his emotions and flaws into his songs for the world to know.

As stated in “Changes” he raps, “Been drunk like three whole days, like why? It’s sad but true, can’t be in love with you”. He conveys his concern in him changing without her and believing she’ll forget who he is and the love they once had.

The song “Drug Dealer”  idolizes his relationship between him and his drug dealer as he says, “I can’t trust nobody else but you”. He openly reveals his trust and dependency on his dealer and his fear of losing him. If he lost this guy, he was worried about what it would be like with a new one. His deep concern shows that he has so much faith in this man, that losing him scares him.

His song ‘1 Sided Love’ illustrates the toxic relationship he had between himself and Sydney. “I see through the smile that you’re fakin’. You’re so into yourself, everyone else is overrated.” Sydney was self absorbed and faked her love for Blackbear. Only giving a care in the world about herself. He depicts how he tried to make their relationship work, yet she only loved herself, what he considers ‘One sided love’.

‘NYLA’ being one of his most popular songs, first published back in 2013, he decided to rewrite it and add it into this album. The old version he keeps the lyrics the same throughout the entire song, but in the new one he switches from verse one being, “You’re in New York, I’m in LA… And I’ll be asleep by the time you’re awake” to verse two, “You’re in LA, I’m in New York… I’ll be at work by the time you’re awake”. Also the new version is more raw and vocal where he exposes his natural voice and takes a break from rap.

‘ANONYMOUS’ portrayed emotions and addictions that Blackbear has been struggling with for years. The sudden drop of a very meaningful album shocked people. Blackbear for the first time allowed his fans in on his deepest and more painful secrets. This allows his fans to feel more deeply rooted to him as a person rather then just an artist. 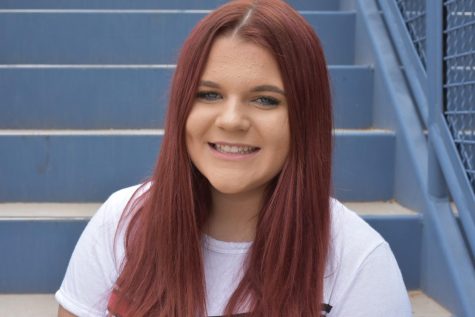