Isn’t It Romantic isn’t as romantic as you think 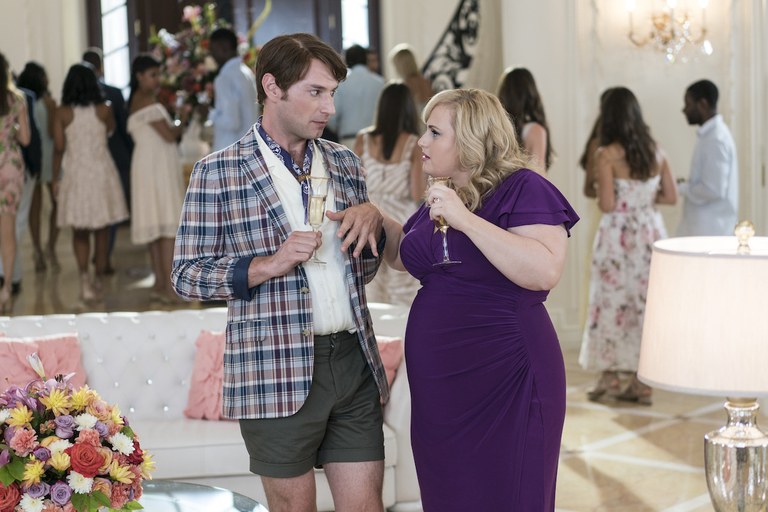 The new rom-com movie, Isn’t It Romantic (2019), featuring Rebel Wilson, is a film full of laughter and relatable content. This movie isn’t like traditional romantic films, the main idea of the story line is far away from the regular boy and girl fall in love. This movie talks about self-love, cliches, personality barriers, and much more.

In my opinion, this film is a very relatable and unique. It strays away from normal cliches but also shows normal stereotypes in romantic movies. There are  the dance breaks/songs, the hero, the handsome man, and “the gay best friend”. Everyone is in love and all happy, but in reality that is impossible to maintain.

During the movie, Natalie, played by Rebel Wilson, talks about all the downsides of romantic films and how they are so predictable. However, she ends up living in one. She shows viewers how it is to finally feel noticed and valued but at a cost.

Natalie tries to get out of the polar opposite world by trying to make the handsome man, Blake, played by Liam Hemsworth, fall in love with her. Soon, she realizes that she didn’t need to have some guy to fall in love with her, but that she actually needed to love herself. This main turning point in the story line is one many viewers can relate to. Most people go through a time in their lives where they don’t love themselves fully or emotionally. So having this part shown in the movie is a huge surprise because viewers have never seen a main actress in a romantic film realize she needs to love herself rather than some guy.

Along with that part, there are many other scenes that viewers are able to relate to as they watch the movie. Going in, the audience expects this new film to be all gushy and loving but in reality it’s far from that. Sure, there are some ‘aww’ moments and “teary-eyed” ones as well but the audience is also given moments of laughter and relatability.

Even when this movie tries to stay away from typical endings of romantic films, the best friend duo, Natalie and Josh, played by Rebel Wilson and Adam Devine, who have acted besides each other in many different films, ended up realizing their true love for each other as Natalie returns to the real world.

Taking a moment away from the amazing things this movie provides viewers, this film has some things that many people don’t know. This film is one of the few romantic comedies in history that featured a plus-sized woman as a lead. Again in typical romantic films, the main actress is usually very skinny and flawless. Isn’t It Romantic definitely proved that not all leading actresses in romantic movies have to be perfect. Again not saying that Rebel Wilson isn’t perfect, but the directors and other people involved with the production of this movie raised the standards and showed that anyone can be loved by others or by themselves.