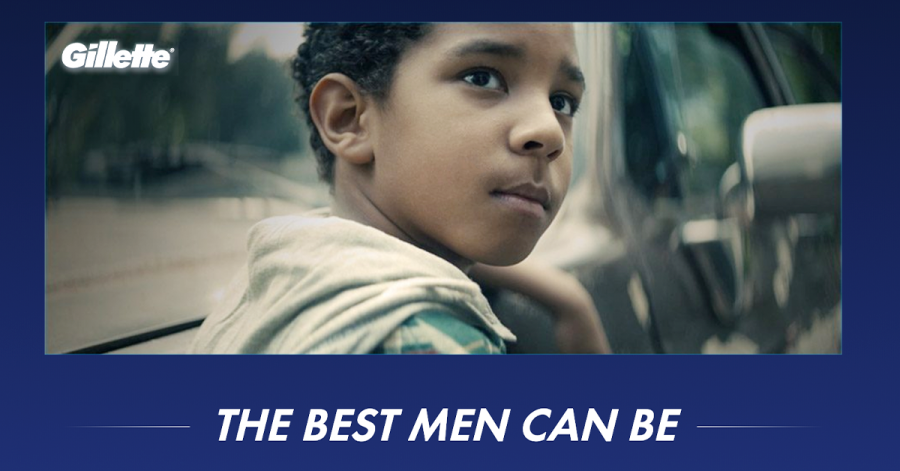 Normally, razor companies are not supposed to be the center of social controversies. But these are not normal times, and it seems like every company is trying to come out with advertisements that relate to social issues such as the Black Lives Matter and the #metoo movements. The latest example is Gillette’s new advertisement, “The Best Men Can Be”, which concerns toxic masculinity.

The ad starts with scenes of the supposed generic actions of men: men are seen making inappropriate actions towards women, men at a cookout look on as two boys fight and simply say, “Boys will be boys”, and in a business meeting, a male employee interrupts his female counterpart by saying, “I think what she’s trying to say”. Then the scenes change towards positive actions: men standing up to other men who try to make advances on women, a father stops boys from bullying other kids, and another father breaks up the boys fighting at a cookout.

It cannot be denied that this is a powerful advertisement. Whether or not the ad was ethical or truthful is a different story that can be debated. Of course, the ad hit on many sensitive issues that must be discussed, but it was also stereotypical as it seemed to characterize all men as immoral. Additionally, the message seemed to be coming from the wrong company, because Gillette solely caters to men, and this ad seems to bash their own consumers, which is obviously not a great marketing ploy.

However, the ideas and motives behind the advertisement were on point, yet the execution of these ideas were poor to say the least. Gillette makes valid points in regards to the actions of men and it is necessary to challenge men to act better. There are some men who must be taught better values and there are some men who must respect women more. Men have to be teaching boys, who Gillette says will be the “men of tomorrow”, what behavior is acceptable, in regards to women, fighting, and bullying.

Gillette’s ad highlights these issues and calls for change, which is a respectable act because, without a doubt, change is needed. Men cannot be allowed to objectify women or solely look at women with lust. Men should not condone fighting and bullying in the name of manhood. These actions have come to be regarded as toxic masculinity. Now, toxic masculinity is an entirely separate argument, but this should be said: it is troubling that feminism has come to have a positive connotation in which women are seen as pioneers for their rights, but masculinity is only associated with toxic. Not to belittle the feminist movement in any way which is making progress, but it is unfair that all men are supposedly hand in hand with actions like allowing or participating in catcalling, fighting, or bullying.

These leads to one of the main problems of the advertisement: stereotypes. The ad shows hordes of boys picking on another child and shows multiple scenes of men acting lewdly towards women. Additionally, a whole row of fathers simply allow children to fight while claiming “Boys will be boys”. Finally, towards the end, men stand up against other men acting in these ways, but they are seen as individual men going against the crowd. In other words, the ad depicts rude and shameless men as the norm, while the “good guys” are seen as the outliers. This is simply not true. Not all men, not even most men, are anything like what the ad portrayed. If you can’t believe this, look around. How many men do you see making inappropriate actions? How many men are just minding their own business? The problem is, those few men who are obscene are the ones who stand out, and thus they become representative of all men. Unfortunately, Gillette fell into this trap and failed to realize that the hordes of boys or the numerous men that approached women, in reality, only make up a small percentage of the male population.

What is even more confounding than this stereotype, though, is the company that this is coming from. Remember, Gillette sells razors, a product that screams male. This is a product that is solely for men. If you disagree, take a look at their slogan: “The best a man can get”. So what is so confusing about this ad, is the fact that Gillette is quite literally bashing their own consumers. Making their consumers feel bad about themselves is not likely to increase their revenues. It strays far from the marketing ideal which would accentuate the positives of the product and consumer. For instance, the Always brand, which makes products directed towards females, released “Like a Girl” ads in 2016. These ads showcased girls breaking the stereotype and showing that phrases like “running like a girl” or “throwing like a girl” were not insults, but instead should be seen as phrases that represented the strength and power of women. Those commercials were positive and made women and girls feel empowered. Gillette’s commercial does the exact opposite and simply criticizes their consumers.

In essence, the Gillette advertisement discussed very important social issues, yet their execution went awry. It was brave of the company to take a stand, but they were simply the wrong person for the job. This was their first time delving into this type of commercials, and just like any boy trying to shave for the first time, it was inevitable that they got a few scratches along the way.