Do the Kavanaugh confirmation hearings show a broken Senate? 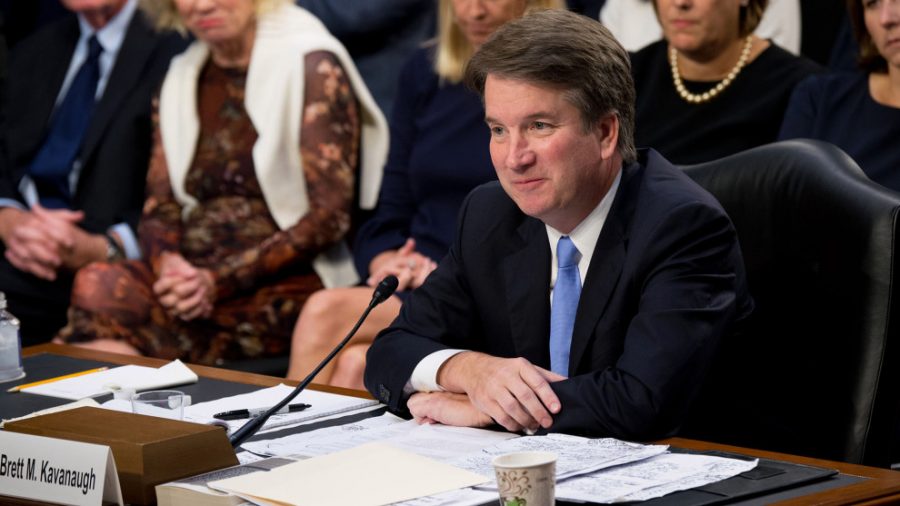 The Senate hearings of Judge Brett Kavanaugh have been occurring for the greater part of two weeks now. A plethora of developments have taken place since the beginning of these hearings, including vote delays, a release of upwards of 30,000 documents on the day of the hearings’ opening, and a sexual assault allegation by Professor Christine Blasey Ford that was alleged to occur in the 1980’s. Through all of this, the final vote has been delayed numerous times and sides are pointing to each other constantly. The question has to be asked: to what degree does this situation signify America’s Senate in shambles?

There are multiple ingredients to this situation that must be considered. First of all, you have to admit that Kavanaugh doesn’t come to the table without some noticeable experience. He served for 3 years as the White House staff secretary in the Bush administration, and has resided on the US Court of Appeals for 12 years. Trump’s pick shows the intense want of the GOP to have a conservative majority on the Supreme Court. However, some of Kavanaugh’s beliefs such as his want to overturn Roe v.Wade polarize him from more moderate voters and most certainly from Democrats.

Looking at the Senate before the midterm elections, there is a 52-48 Republican majority. This is bad news for the Senate Democrats that are struggling to find the votes to deny him approval. There have been multiple attempts to postpone the vote to later dates, most of which have been successful. The Senate Judiciary Committee first postponed the vote to Thursday, Sep 20. We can’t help but wonder how much this postponement is really about wanting more information versus just a desperate attempt to have more time to gather three more votes. To be honest, vote-mongering is almost pointless due to the small chance of success of postponing votes to change the results. History indicates this in so many scenarios.

Supreme Court nominations used to be based on merit and integrity. The fact that our judicial system has become so politically charged and sorted along party lines defeats the whole system of checks and balances to an extent. If a party has full control of the executive, legislative, and judicial branches, they could potentially get away with anything they want. That’s an incredibly frightening prospect.

If this situation wasn’t already enough, Christine Blasey Ford, a 51 year-old professor, wrote a letter in confidentiality to a senator about an alleged sexual assault by Kavanaugh towards her at a high school party back in the 1980’s. Now along with already insane politics, the Senate has to deal with a situation where their nominated judge could be a sexual predator.

Republicans are now forced to walk a fine line. Voting for Kavanaugh despite these allegations against him, especially in a climate where unsolicited sexual actions by men is way less tolerated, can cause  outrage. This raises yet another question: does Kavanaugh, despite his experience, deserve to be denied the Supreme Court position based on allegations against him from 3 decades ago? This answer may become a bit clearer after Kavanaugh and Ford testify in front of the Senate Judiciary Committee on Monday, Sep 24.

Sexual assault allegations. Political maneuvering. Party wars. Do these things belong in these kinds of hearings at the expense of the American people they are representing? That answer can depend on the individual, but personally to me this seems like something our Founding Fathers never would have envisioned. In our crazy government of modern times the best we can hope for is for our senators to act on their morals and with personal judgement. Playing political games and dismissing possible traumatizing behavior doesn’t indicate to me that our highest representatives fit this bill.