The Facts and the fiction of the climate change debate 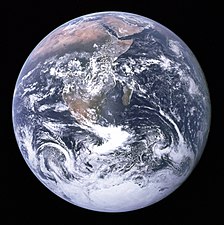 Earth from the Apollo 17 satellite in space

Let’s not make this about emotion. Yes the idea that ignoring the topic would result in the end of the world is scary, but that’s what the elite want you to think. Apocalypse sells. And when that happens, you act.

The topic is important because it’s a scare tactic. A group of politicians, the media, and environmentalists are trying to sell the doomsday idea that if the country doesn’t act now, then the world will be past a point of no return.  So here are the facts, not the feelings; the following are some of the common misconceptions of the climate change debate, followed by the truth.

There is not enough scientific proof that global warming exists at a catastrophic level. Let’s start with the consensus. “97% of scientists believe that global warming is real.” This is commonly mentioned and originates from a survey in 2008 by graduate student Maggie Kendall Zimmerman from the University of Illinois in Chicago. First of all, consensus doesn’t mean anything. There used to be a consensus that the sun orbited the Earth, or that the Earth was flat. Science is determined by truth and not a consensus.

When viewing the original study, which is made up of many scientific reports written on climate change, the 97% only came from 79 people who were asked two questions: if they believe that climate has increased since the 1800s and if humans are a factor. That is an extremely small sample. 3,146 scientists were eventually interviewed. But only about 5% of the scientists interviewed were actual climate scientists.

Yes, many scientists believe the Global temperature average has increased by an estimated 1 degree celsius since the 1800s, and humans are a factor. But there are so many factors that it cannot be determined why; natural changes in ocean levels, orbital patterns, the sun and the clouds, all these play a factor.

Sea levels are rising, but the rise is not accelerating, and antarctic sea ice showed a “new record maximum” in 2014, says NASA. Not to mention the fact that we are unaware of the average Earth temperature before the 1800s, and therefore unaware of long term trends. And many scientists don’t believe the 1 degree rise is a bad thing.

Next there is the  belief that the ice sheets are melting away. NASA study says that “an increase in Antarctic snow accumulation that began 10,000 years ago is currently adding enough ice to the continent to outweigh the increased losses from its thinning glaciers.”

Not all climate change sources are reliable. NOAA, the company that monitors global temperature patterns, was accused of skewing data. In fact, over 300 scientists are calling on lawmakers to investigate NOAA.

While most people think CO2 pollution comes from humans, it may actually comes from natural resources. Think about the North American continent, and all the CO2 from natural wildfires due to lightning long before the invention of the steam railroad. And back then, the fires just burned out and weren’t fought like they are today.  The Earth is doing that naturally all on its own.

The Paris Climate Accord, that President Trump recently pulled us out of, was a terrible thing for our country. MIT predicts that the Accord will be “estimated to be likely to reduce global temperature rise by less than 0.2 degrees Celsius in 2100.” That’s inconsequential. Think about those trillions of dollars that could go somewhere more useful. The U.N. states that we can give sanitation, clean drinking water, and basic healthcare to every person on Earth for about 75 billion dollars. Clearly, there’s better things to do with that money.

Al Gore, former V.P. of the United States, feels the need to act as a leader to the climate change movement. But this is the guy that claimed that by 2014, that ice in Antarctica would be completely gone. Wrong. He predicted by 2016, the Earth would reach a point of no return unless we took drastic measures. Wrong… again. For some reason, people like Gore think if you tell a lie enough times, people will think it is true.

For Politicians like Gore, this is not about helping the Earth; this is about money. After scaring people into believing the world is ending, they demand an increase of spending for them and their environmentalists. While the world fears, they gain money and power.

But let’s say all this is wrong. Let’s say that there is 100% proof that the Earth is heating up. What next? What is the solution? Politicians spend so much time saying it is a serious problem but they don’t give an answer.

We can have a serious talk about climate change, as soon as one side of the argument stops lying. If they stop trying to scare people for power, then this will be much easier. They are the ones truly hurting the conversation. Everyone should have a rational conversation about this without being quick to label or condemn the other side, whether that be students on campus or politicians in government.

Students who are about to enter the world need to be understanding and critical of what is told to them, and as soon as there is total proof that global warming is a serious problem, everyone should work together and find a solution. But  right now, speaking out labels you a “climate skeptic” or a “denier,” immediately putting a label on you to try to silence you  when in reality you’re just a critical thinker who doesn’t like it when people try to manipulate you.