Who are you calling Smarty Pants?

“You’re so much smarter than I am.”

After watching students play video games, take naps and give in to their own self-image during class, this is what they say to the student actually paying attention to the teacher.

The only reason someone got an A on a test is because they worked for it.

Personally, whenever I get an A on a test, the knowledge definitely isn’t innate- after all, I definitely didn’t know the words on that vocabulary quiz straight from the womb.

Nonetheless, it seems to be of everyone’s assumption that people who achieve good grades just know things.

Don’t get me wrong, I definitely appreciate when people are trying to extend their kindness and give someone a compliment for doing well– that is the last thing I would have an issue with.

What I have a problem with is the fact that other people’s successes are many people’s restrictions.

…Which leads us to the common phrase, “You’re just so much smarter than I am.”

Effort removes all excuses. If you wanted that A badly enough, you would get it. Many people are content with saying “I’m just not good at that.”  Don’t be content to say you can never do something just because it is hard.

According to Malcolm Gladwell’s book, Outliers, it takes approximately 10,000 hours to master a skill. It would probably take a day of focusing, reading, getting help, and using other resources to have you master the concepts on your test.

For instance, last year I got a C, both semesters, in my Algebra class.

I probably said “I am just bad at math” twice for every one word my teacher said in trying to explain it to me.

This year, I have an A. (lets take a moment to knock on wood).

For the first time since I can remember, I have an A in math. You know why? It’s because I am actually trying. I am pushing myself to absorb what the teacher tells me, because I’m tired of saying “I can’t.”  I practice, I study and I feel okay with the fact that I have put all of my efforts forward.

Struggling with something gives room to overcome it. It’s not a matter of intelligence at all. Chances are, you can always find something more you can do.

Please, don’t feed your self-consciousness. You are just as capable as any other of your classmates to achieve success. The human brain retains only what you’re feeding it

I know all of these things because at a certain point, I felt that I couldn’t do anything, just because I wasn’t smart enough. That the reason I got a C at the end of the semester was because I just wasn’t able to do better.

I was, and I know that today. As far as my grades now, let me just say, my parents smile when they check Power Schools.

It’s possible, I’ve done it, and you are just as capable as I or any other student sitting next to you is.

Don’t say “you’re so much smarter than I am.”

I have said that enough for the both of us, and I can tell you, it’s time I could have spent actually paying attention in class. 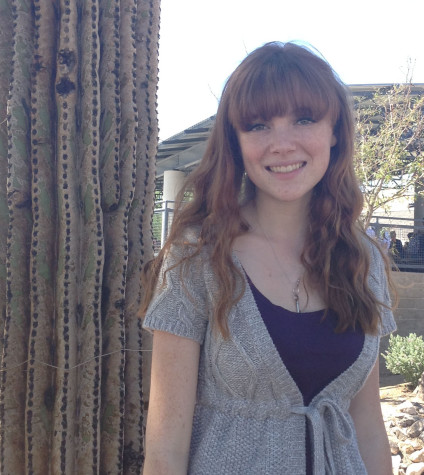 Lily is a senior at OHS. This is her fourth year in the OC Journalism Department. She likes to read, write and draw. (She created the Eagle logo for our...