Looking at the bright side of covid-19 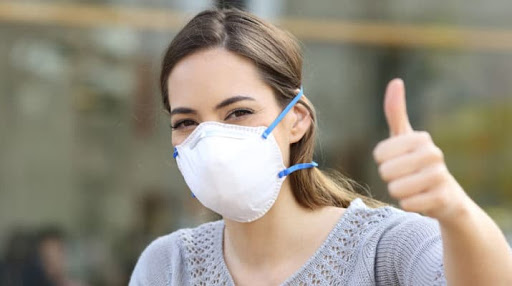 The idea of positivity during these dark times can be a bit harrowing. How can someone find a bright side? It is surprising to find that many people have found new hobbies and interests to occupy their spare time. Video games, movies, music, and Netflix have all been crucial to fulfilling the void basic social interaction has left behind.

The virus has taken the entire country hostage for quite some time. Many have not been able to go out and see friends, visit their favorite locations, or even stand close to one another. But, the human race is adaptable and adapting is exactly what we did.

“The first thing I did, I finished my masters in science teaching,” said Melissa Mara, biology teacher. “I worked on (the) district curriculum for science. I worked with biology level improving our lessons and assessments. I attended a workshop for AP environmental science.”

Despite these trying times, people have managed to make astounding achievements. During quarantine, a lot of people have been able to reflect on the greater aspects of life and the fundamentals of how society works.

“Frankly I find it odd that this pandemic has been politicized. Or that people do not take it seriously,” Mara said. ”I think it has brought to the attention of many people the need for universal health care and a better response.

This virus has raised plenty of questions concerning people’s health. The entire country has been told to wear masks and stay as sanitized as possible.

“I’m a lot more sanitary and careful about spreading germs and I don’t go around public places that much anymore,” said Ayush Singh, junior.

While going into large public spaces is seen as a societal “no-no”, people have begun to look to exercise to keep busy.

“I just played video games and went biking 50 % of the time,”Singh said.

Athletes have almost been out of their element with gyms being closed and sports being canceled left and right. Tyler Darr, junior, while being forced to put tennis on pause, has still managed to keep in touch with the sport.

“I tried to make sure to play tennis as much as possible so I could get out of the house,”  Darr said.

The virus and quarantine has prompted deep re-evaluation of choices we’ve made in life, perhaps gaining a new perspective on how valuable our lifetime really is.

“Life is short and we need to take advantage of it,” Darr said. “Life can be taken away so fast that it’s always best to live in the moment and spend it with people you love.”

The human race has managed to adapt relatively well to this intense period. Exploring new hobbies, connecting virtually, and dedicating time to previously unfinished engagements, are all avenues people have taken to adjust to staying inside.

“It can really become mentally challenging at times when you feel stuck by yourself. That’s why when people were forced to stay home, it was important to stay connected to maintain a sense of normalcy,” Darr says.