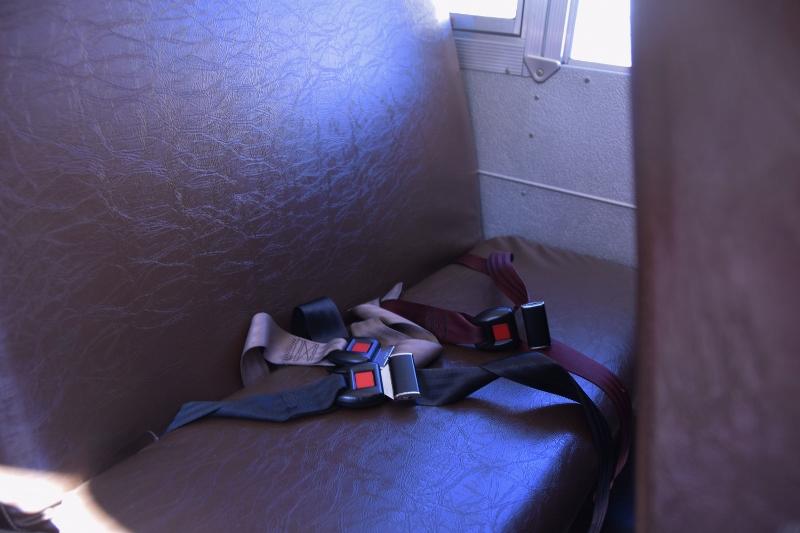 The special education buses have seat belts that may be the norm for all buses in the future.

The tall padded seats of a school bus are used to protect students in case of a crash. However many believe they are not enough.

These states include New York, Texas, Louisiana, Florida, and New Jersey. In these states, they have set strict regulations regarding seat belts on buses, according to the CGA.

While several people believe that the seat belts are the best way to protect children on school buses, many others disagree.

“If you had to get off the school bus, you would not be able to get off as quickly then if you didn’t have (the seat belt) on,” said Greg Rice, PE/Health teacher.

Rice’s concern is a common one and many people think that it would be too hard for smaller children to get off a bus quickly in the state of an emergency.

In the Deer Valley School District, the special education buses are already equipped with seat belts and other equipment necessary to keep the students safe.

According to some bus drivers, special education buses need the belts, but all buses with seat belts might be overkill.

“Right now we are running three kids to a seat on a majority of our school buses and if the seat belt plans goes to effect then we can only have two (per seat).” said  Cindy Finn, department of transportation supervisor. “And per bus, we would go from 75 down to 56 (students). So we will need a third more buses and a third more drivers, and then we would need to add more routes.”

Getting more buses, routes, and drivers will cost the district more money on top of the price they will have to pay for installing the seat belts.

Another concern that Finn has with the belts on the buses is that they may not be entirely needed.

“The majority of (school bus) injuries do not come from within the bus. It’s more hitting students as they are crossing, getting off the bus, and as people are running a red light,” Finn said.

Although many believe that seat belts on school buses should be a necessity, the cost and inconvenience of installing them is off-putting to many. The depleted budget seems to pose a larger  issue than not having seat belts in the first place.