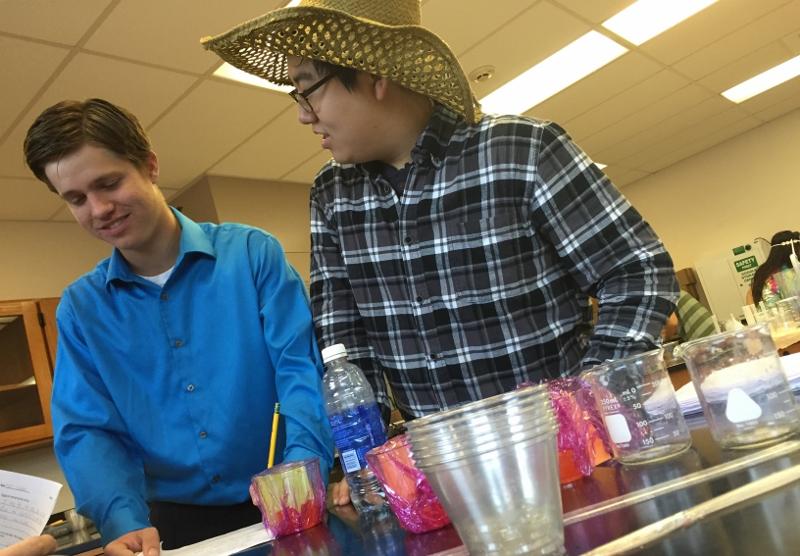 The 2015 OHS Homecoming Spirit Week has taken off, and is now making first arrivals in New York, Portland and El Paso.

The theme for Monday is “Choose your Departure Point,” where students can pick whether they prefer to dress classy, like a hippie or like a true texan.

Matt Hernandez, senior and Stugo president, is very excited about how the week is kicking off.

“I like how there’s a wide variety in one day,” Hernandez said. “I’m sure the turnout is going to be great and I’m excited for the rest of the week.”

Students seem to agree, including Alisha Saini, junior, who chose Portland, Oregon as her arrival.

“I think it’s pretty unique how we can choose our destination,” Saini said. “It brings more originality to the spirit day.”

The theme for Monday also fits with the “OC Goes Global” theme for the week.

“We had a huge class brainstorm, and going worldwide was kind of the main thing we wanted,” Hernandez said. After the brainstorm, “OC Takeover” and “OC International” were also in the mix, but “OC Goes Global” won out in the end according to Hernandez.

As for the rest of the week, students and Stugo members alike are interested in what is to come.

“It’s not just one area,” Saini said. “People who want to do beach day can do beach day, because it’s still included.”

Hernandez specifically is looking forward to the events that culminate at the end of week.

“I’m really excited for both the parade and assembly,” Hernandez said. “”The assembly is inside this year, which is the first time the homecoming assembly has ever been inside, so I’m excited to see how that turns out, and also the dance is going to be a lot of fun.”

Tonight is planned to see the annual Powderpuff Football game, but that has come into question with the forecasted weather conditions. Jennifer Galbreath, Stugo advisor, will not know for sure until later today.

As for the rest of the spirit days, Tuesday welcomes OHS students to Athens, togas included, Wednesday sees a stop in the Outback, Thursday brings beach attire in the Caribbean and Friday concludes the journey with class colors day.