Small businesses and their battle to stay afloat 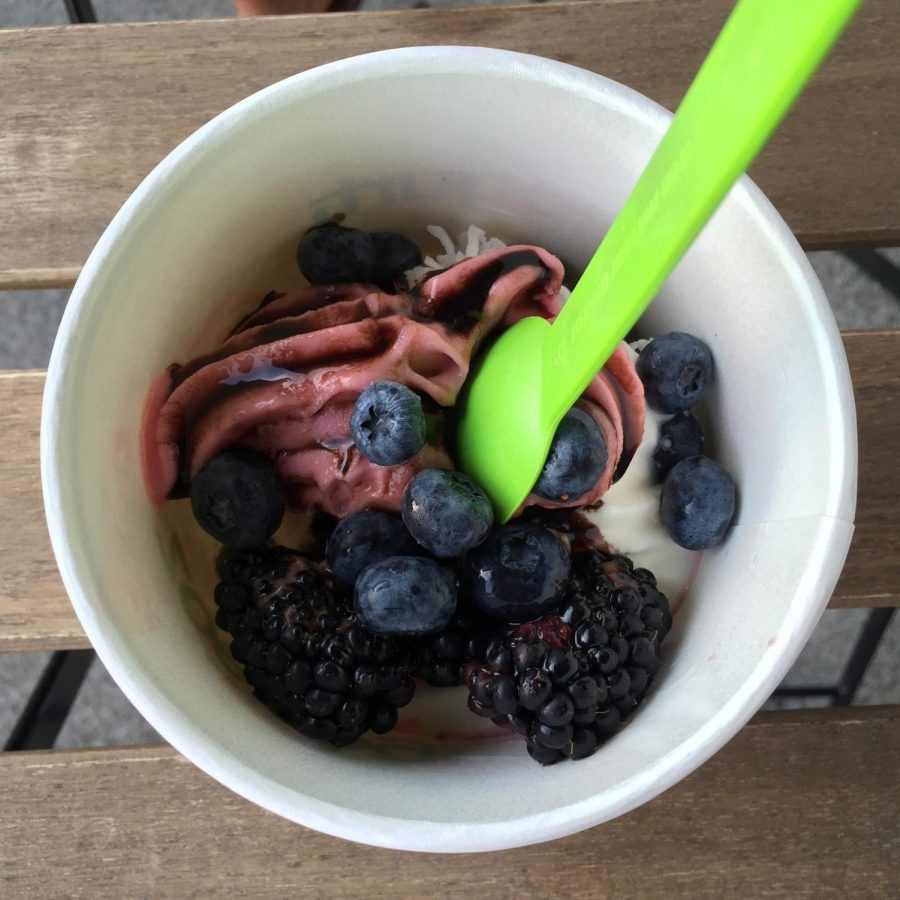 The past 10 months of COVID-19 and quarantining have brought a lot of struggles, impacting schools, students, and families. However, one group not discussed as in depth as it deserves, is the effect the virus has had on small businesses in the community.

With state mandates causing certain businesses to shut down operation early on in the pandemic, for some, the struggle was immense in trying to recover lost revenue. In fact, according to CNBC and yelp data, 97,966 small businesses across the country have closed their doors for good, representing around 60 percent of small businesses in total.

Kaden Ryback, former employee at the frozen yogurt shop, Top That, goes into his experience on working at a small business during the pandemic before they shut down for good on July 28.

“The thing that really hit us the hardest was the fact that when restrictions really started hitting in March and the pandemic really started to pick up. There were two dueling factors that really contributed to the end of the shop,” Ryback said. “The first one being health concerns, and this goes for any business right now; if you are a business that provides food, you’re having a hard time because people don’t want to come in and actually eat your food or dine in because they have health and safety concerns, which totally makes sense because of the pandemic.”

However Ryback’s next reason is one that’s not quite as easily recognizable. The fact that people neglected to recognize small businesses as a whole may have had a larger underlying impact.

“But the second one is the fact that I feel like people have the tendency to look at stores closing down and they look at them as singular events, but it really is more of a chain reaction,” Ryback said.

This chain reaction is caused by the amount of foot traffic stores get when operating their business in relatively the same location. Due to the fact that stores and other restaurants were shutting down one by one after restrictions were put in place, small businesses who depended on the flow of customers from these other companies, such as Top That, lost income and eventually had to close.

“When all of the other places around started to restrict their hours or close entirely, that ended up doing us in because we weren’t able to pull any business from those shops. I always bring that up because it really is the biggest thing that contributed to the shop closing down; it’s just the fact that businesses rely on each other and when one goes down it’s going to hamper how the other one functions,” Ryback said.

In contrast, other businesses, such as Outdoor Grilling Company, a catering business, were not quite as impacted. Abby Denman, junior, painted a picture of her experience working for her father’s business during the early stages of the pandemic.

“It hasn’t really impacted it that much except for when it got really bad, we had to work around it and a lot of sales went down, and we had to adjust to wearing the masks and cleaning everything and just taking extra precautions and things like that. But yeah, sales have definitely gone down, but we worked around it by finding other things to do,” Denman said.

Sometimes the only thing to do to get out of a tough situation is finding ways to adapt, and Denman’s company did just that. By moving their business into a sort of food truck operation, they were able to get sales back up while still maintaining a safe and precautionary sales environment for their customers.

“He had a trailer and through the beginning when COVID-19 was really bad and everyone was quarantined, we had deliveries of food come and we packaged everything so they were ready; so they just came by, got the food, and we gave it to them; that way people didn’t have to sit down at a table and contaminate some things, so they just had it ready to go and they just took it home,” Denman said.

Top That also found ways to adjust the way they did business to adhere to the CDC’s guidelines. Unfortunately it just didn’t work out in the long run. They did everything between starting a website to take online orders, to going and customizing the yogurt cups themselves for the customers and doing curbside pickup.

“One of the things that the state told us to do was if it specifically said for self served food places and in particular buffets, they would have to close down or they had to have somebody giving out the food, so customers could no longer serve themselves,” Ryback said. “And that restriction I believe hit during April, the lockdown month, and what we ended up having to do was we basically made people’s cups of yogurt all by themselves; they would just tell us what they wanted and we would fill it up and do the toppings.”

Although this year has been a challenge through multiple perspectives, small businesses are finding ways to persevere through the current debilitating economic times. However, the only way this is possible is through the help of people in the community.

“Trying to promote yourself as a small business is one of the best things you could do as a small business. Because at least in my opinion, and I feel like a lot of people feel this way too, people genuinely want to come out of the way to support small businesses when they are told that they are struggling,” Ryback said.