“We get it, you vape.”: The health effects and problems 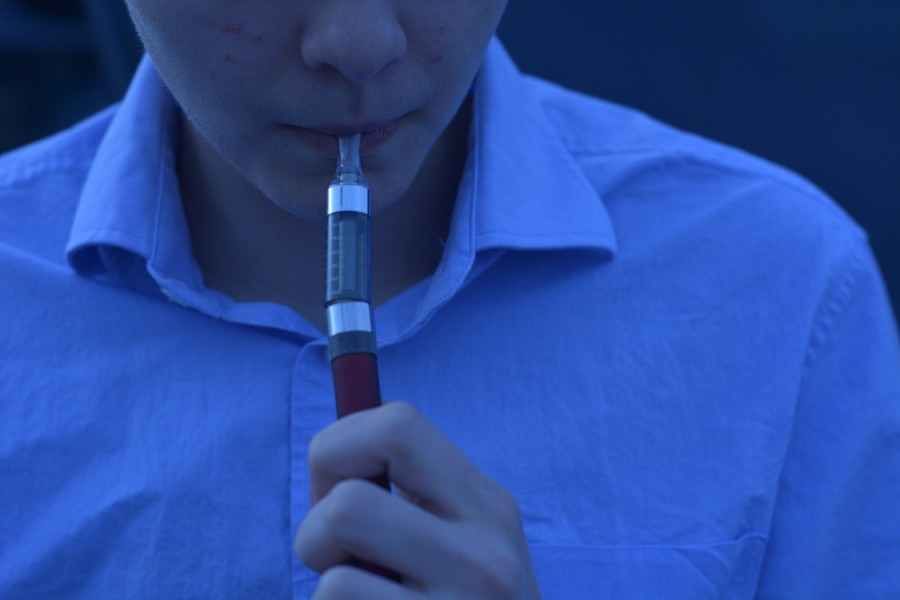 Vaping: the act of inhaling and exhaling the vapor produced by an electronic cigarette or similar device.

Vaping is something that, up until a few years ago, was not at all popular, despite the fact that e-cigs have been on the market since 2004. Their popularity has greatly increased due to marketing to smokers as a “safer” alternative.

Part of the problem is that vape pens are too new to know the health effects and dangers, and that there are essentially no real regulations on them, and it is because of this that the students of OHS are being affected by this growing trend.

Some people see vape as a healthier alternative to actual cigarettes due to the known health problems that go along with them.

A Harvard study that came out Dec. 8 said that in more than 75% of e-cigarettes and refill liquids, a chemical linked to severe respiratory diseases was found.  This was tested by researchers at Harvard T.H. Chan School of Public Health.

“Nicotine is a very addictive material and vape is more easily accessible and a lot more people prefer it,” said Christian Smith, junior. “My family has a history with an addiction to drugs. My dad is the head of a vaping company and so I know about it because he works with it.”

Young people are particularly drawn to it because of the claims that it is better for you and that it still looks “cool”.

“I think it’s popular because it helps people stop smoking cigarettes and everyone is kind of doing it,” said Madi Murchland, junior.

This popularity has caused a dramatic spike in the past few years of vape related discipline on our campus.

As reported by CNN, it is nearly impossible to identify what is in someone’s vape pen because “It could be nicotine, marijuana concentrate, or fruit-flavored, nicotine-free “e-liquid.”

According to students, kids rip off the stickers on the side of the tube so then the school can’t suspend them for having nicotine.

“We have to take a firm stance on this. There is  a minimum of a three-day suspension but every case is unique,” said Brad Brazell, vice principal. “So many smell herbal or fruity so we don’t know what they are but they are at least considered tobacco paraphernalia.”

The problem with this is popularity and that it is essentially unregulated. Vape pens are being marketed more to teens and kids.

“The e-cigarette companies are doing a great job of marketing and promoting that it’s safer and I think that that is dangerous and it makes me nervous,” Brazell said. “It’s false thinking to say it’s safe but probably still safer but choosing the better of two terrible choices probably isn’t good.”

As of now, there isn’t enough research on vape pens to actually see the long term effects and because of that, it is seen as the better choice.

Debbie Rodrigues, school nurse, sees the growing problem of vape on campus with the number of suspensions that have come up recently.

“I don’t really see it as a good alternative. If you’re inhaling anything into your lungs, it’s going to cause damage. It’s not been out long enough to evaluate it long term and also it’s still addicting,” Rodrigues said.

On the other hand, some students do not see the point in vaping, for example, Becca Smith, senior, who wonders what the reasoning behind vaping is.

“I think it’s a better alternative to smoking but I still think it’s still stupid. I just don’t see the point,” Smith said.
Only time will tell if vaping is actually a sustainable and healthier option for people. Once students turn 18, it is up to them to make the decision.