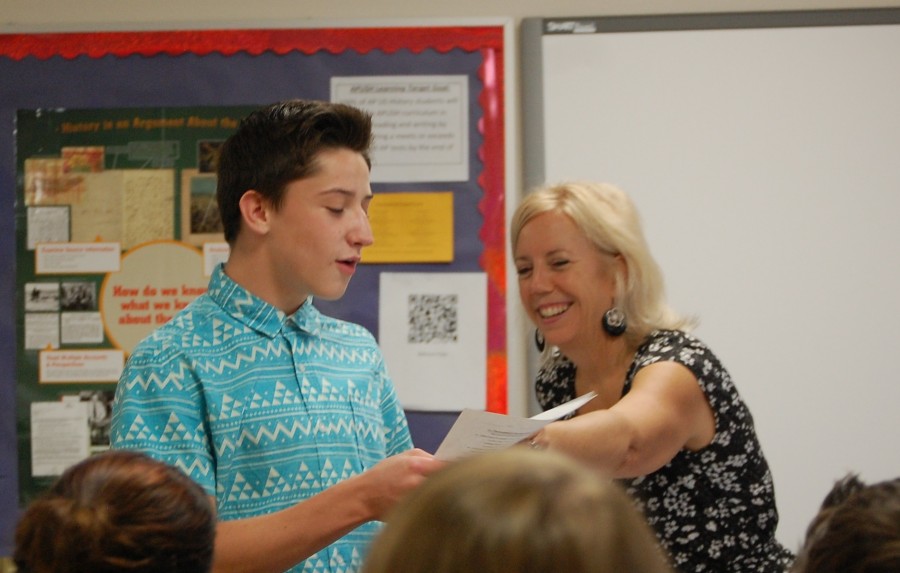 The bright lights of the courtroom shine down as you complete your closing arguments. After months of preparation, you have just impressed a room full lawyers and law professors alike.

For those enthusiastic about law, this may sound like a dream. However, it is a very realistic position for those in Moot Court at OHS.

Each year, around September, the club is given the case they will be dealing with. The national competition is held in late March or April.

“It’s always a constitutional issue, so they have to figure out which constitutional amendment has been violated, and it always has something to do with a student,” Wooton said.

Arizona Summit Law School approached OHS about starting the program here. Originally, Tiffany Ellis, another APUSH teacher, was the sponsor, until about four years ago, where she had to quit due to time conflicts. Ellis then asked Wooton to take over sponsoring the club.

“I fell in love with the program,” Wooton said.

Wooton said that she has had several introverted students sign up for the club, but has seen them deliver incredible speeches in front of judges, lawyers and law professors by February.

“It’s not for every student, but any student that’s interested in law or likes arguing would probably be a good fit. It’s fun, and you learn a lot,” Collamer said.

Collamer also said that the trip to Washington, D.C. is well worth the work. Unfortunately, the trip to D.C. is not cheap and Moot Court has to push for fundraising.

“It’s very expensive, and we do have a sponsor, but we need to raise quite a bit of money on our own,” Wooton said. “I’m trying not to have a financial burden on the students.”

Although the trip is expensive, Wooton strives to take all the students to D.C.

“Even if they’re not competing, I want them to see the argument at that level,” Wooton said.

Each year, the finals are held in a federal court building in Washington D.C. and the trip allows the students to visit other historical sites as well.

However, for those students looking for a club with minimal work, this is not a good fit for them.

“I expected a lot of work and to learn about Law and being able to argue a case, and that’s pretty much what I got,” Collamer said, who has been part of Moot Court since the beginning of school last year.

Wooton agrees that Moot Court is a lot of work for the students, but said, “By the time you’re done with this, you have law professors across the country that know your name.”

Several students are new to Moot Court this year, but are already enjoying themselves.

Erin Griffon, junior is also new to Moot Court this year after hearing positive things about it.

“I joined because I heard it was a success last year and that it was a great experience to be apart of,” Griffon said.

One of Wooton’s favorite memories from sponsoring Moot Court happened during last years trip to D.C. as well.

“Having a professor from Georgetown ask my students what law school are you from, thinking they were in law school, not high school,” said Wooton. She also says she gets goosebumps every year when the students eat breakfast on the last day of finals, and she looks up to see the capitol building across the street.