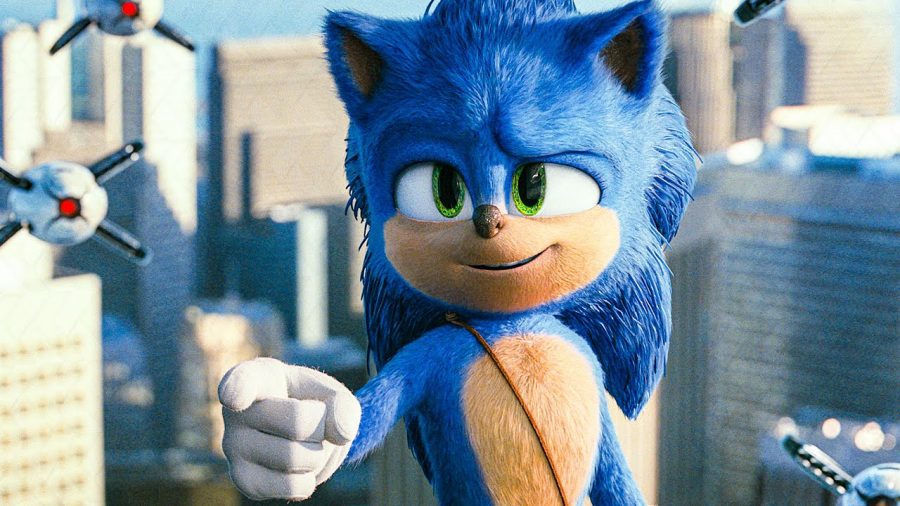 It’s pretty baffling that we live in a universe where a live-action Sonic the Hedgehog film is getting wide praise. Video game movies have a reputation of being dreadful, dull, and overall incredibly rough. “Sonic the Hedgehog” changes that stereotype entirely. The only other movie that’s received positive acclaim was “Detective Pikachu”.

This film had a surprisingly heartwarming story of a hedgehog that just wants to be loved. He spends his time watching from afar, as people live their normal lives, loving each other and just being happy. Under the thick surface of slapstick comedy and mediocre acting is a truly genuine story. It wasn’t thrown together in one day like “Assassin’s Creed”, “WarCraft”, or the “Resident Evil” Franchise. The greatest testament to this is the crew that did the CGI.

Everyone remembers the horrendous design of Sonic from the original trailer. The CGI company, Marza Animation Planet, came in to assist the complete redesign of the character. This ended up pushing the release date of the film back to Valentine’s Day and adding around five million dollars to the movie’s production budget. The filmmakers went out of their way to fix the design of Sonic because they knew fans wouldn’t be pleased. Sure, the movie has a very cliche script with some of the basic film tropes, but what sets this movie apart is how the ending felt so unearned

A good example of an undeserved ending is “Assassin’s Creed”, starring Michael Fasbender. The main character didn’t progress in any natural manner and the story made little to no logical sense. The movie leaves off on the weirdest and most confusing note possible. Sonic very clearly changes throughout the movie. He’s very clearly different from what he was at the beginning of the film.

One of the movie’s strong suits is fan service, albeit cheap fan service. Fans will cheer when they hear the classic Greenhill Zone track or see Dr. Robotnik sporting his cliche long mustache and goggles. Longtime Sonic fans will also recognize the nods to prior media the writers leave behind. That doesn’t improve the movie’s quality, but it’s nice to see the people behind the film are fans themselves.

Jim Carey steals the show as the main antagonist, Dr. Robotnik. He brings that same charm everyone will recognize from his other work, while putting a new spin on this role. He brings the script to life and turns out to be surprisingly perfect for the character. It feels as if they used a whole different set of writers to write for Robotnik because the comedic tone of almost every scene he’s in is unmatched. The same could be said for both Ben Schwartz as Sonic and James Marsden as the furry hedgehog’s best friend.

“Sonic the Hedgehog”has dragged in over 200 million in the box office, snuffing out “Harley Quinn: Birds of Prey”. It’s honestly not a surprise, seeing as people have been supporting this film the whole way through. The creators took their time to reanimate Sonic, and it paid off. When filmmakers show that they care, the people will care. This is why so many video game movies have failed. The writers and producers don’t understand that it takes more than a title to please fans. “Sonic the Hedgehog” may be rough around the edges, but it still brings a certain warmth and heart that not many of these movies can manage. There’s no doubt the sequel will deliver with something even better. With the mid-credits scene teasing Sonic’s best friend, Tails, it’s clear this franchise will not shy away from using characters from Sonic lore.