Arrow finale: The end of an 8 year journey 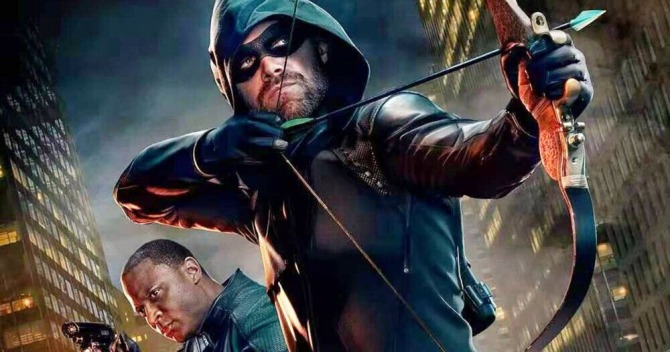 Spoilers for Arrow season 8 episode 10: It’s been eight years since Oliver Queen left the island of Lian Yu and dedicated his life to becoming the savior of star city. The CW Network’s “Arrow” TV show has become a staple to the comic book genre. It managed to inspire quite a few spinoff shows, comics, and most importantly, a cult following, despite the fact that most, if not all, of their programs are written as superheroes in soap operas. Hardcore comic book fans and television critics in general, despise what the Arrowverse has turned into. Arrow has introduced over 13 famous and lesser known comic book characters throughout their eight season run, all of which remained series regulars.

The finale ended with a series of emotions, as Oliver Queen’s family and friends gather to celebrate their fallen hero with a bitter-sweet attitude. The final scene ended with Oliver Queen in the afterlife, happy that he had indeed, saved his city and left the world content.

The series finale aired Jan 28, and viewers got to say goodbye to the emerald archer and his ragtag group of heroes one last time. Although Oliver Queen’s daughter Mia Queen, played by Kat McNamara, will lead her own spinoff show, “Green Arrow and the Canaries”.

“Arrow” may have had its ups and downs, but the impact it had on comic book media can’t be denied. The early seasons, and even some of the new seasons, were able to balance drama, action, and character development. It was the CW that made characters, like the Flash and Green Arrow, superhero icons. Before these shows premiered, a lot of characters that have become household names weren’t even recognized.

That being said, this show still had a variety of problems from the pacing, the acting, and the contrived storytelling. There would be entire episodes that were pointless and contributed little to nothing to the overarching story. At some points the show would mirror “General Hospital” or “The Young and the Restless” in terms of tone and how melodramatic it is. Despite all that, “Arrow” will go down as a pillar of comic book television, even with all its faults.