The Gentlemen brings an interesting take on the classic crime world 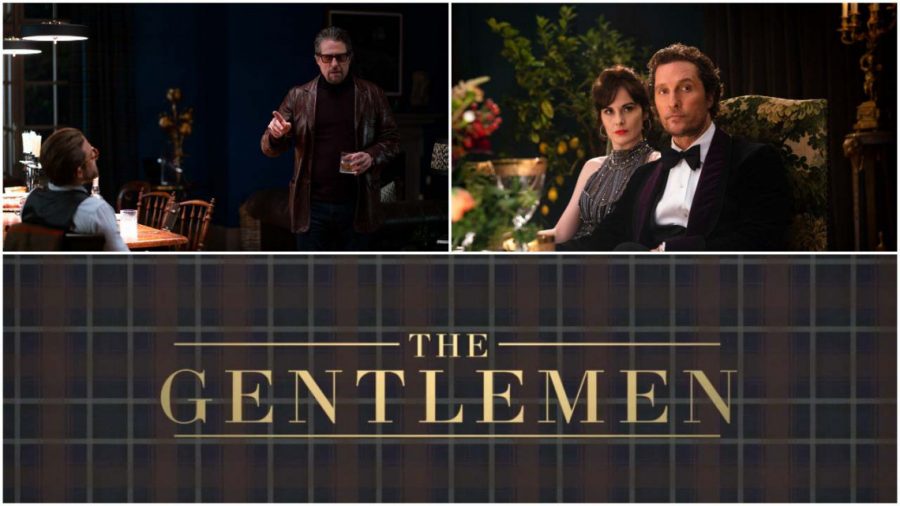 Warning: This movie is rated R. In the world of cinema, there are many genres to choose from. From romantic comedies to all-out horror films, the selection is endless, but for those everyday movie-goers, more does not always mean good quality. Movies can be known for remaking the same cliches over and over again, watering the valuable content that was discovered years ago. Nowadays, it is difficult to find that one movie where its take on a classic storyline is not considered bland and repetitive. However, in this new year, that one movie has already been found, and it was found in the most unexpected of places.

“The Gentlemen” was released in US theatres on Jan 24 to introduce a story, by Ivan Atkinson, Marn Davies, and Guy Ritchie, that takes place in the crime world. With one of the most popular film directors in its repertoire, “The Gentlemen” had potential. Of course, with original films, people never know what to expect, but this film shocked the audience with surprising twists and turns that made the journey to the crime world more remarkable without much discomfort.

The character development in “The Gentlemen” is definitely a standout feature of the movie as each of the main and supporting characters is more than what they seem on the outside. Mickey Pearson, played by Matthew McConaughey, is the “protagonist” of the film; although in this case, it means he’s one of the more sympathetic and less violent of the crime lords, which makes him one of the more memorable ones.

Although he gained much success and wealth from the cannabis business he developed and improved ever since he was in university, he decides to give it all up as he became tired of the violence and wanted to retire peacefully with his wife, Rosalind, played by Michelle Dockery. This aspect is quite endearing to say the least when the discussion is on drugs. Even though on one side, Mickey is just a part of the inner workings of crime, the film shows the emotional side of him as one who isn’t changing character but changing course in his own life, but the battles he faces are still consequences of his own wrongdoings.

As the storyline continues, it is discovered that Mickey plans to sell his business to another contender in the “Tweed Ring”. But it doesn’t work out as smoothly as he hoped it would. From here, the plot really thickens as criminals like Dry Eye, played by Henry Golding, and Matthew Berger, played by Jeremy Strong, try to manipulate Mickey with more trickery to buy his business for less money, all while a private investigator named Fletcher, played by Hugh Grant, threatens to share what he knows about Mickey in exchange for money. As shown above, the overwhelming desire for wealth doesn’t stray far from movies like this one.

Even though the ideas playing out here sound very similar to movies from the past, it’s a good thing to note that the events are set up to play as they would in the present day. So rather than witness nonsensical violence and bloodshed, some friendly curse words and business-related attacks, like corruption and greed, do the trick to get the audience’s attention.

“The Gentlemen” also incorporates many famous actors to play the parts of handsome criminals. Raymond, played by Charlie Hunnam, is an extraordinary example. His dashing looks combined with his neatness and slight, violent impulses made him a character that caught one’s eye when watching the film. And as always, Henry Golding is a pleasure to see on screen, and his portrayal of a crazed Chinese gangster highlights his range in acting from a gorgeous bachelor in “Crazy Rich Asians” to something altogether different.

The overall plot was well supported by attention to detail and the way events went into place, as well. It was unique to see the movie perspective act like a movie within a movie. Fletcher, the one who is trying to blackmail Raymond into giving him money for the information he has on Mickey, starts and continues the storyline by describing the information he has as if he were the writer and director. It separates “The Gentlemen” from others in a relatively fantastic way because this formation of events is a lot more interesting than the norm, replaying past events in a slideshow of some kind.

However, the movie is a little hectic at times, blurring the storyline with multiple character personalities and chain reactions occurring at the same time. One moment the movie centers on Mickey handling his business with dominance and precision, the next the scene changes to boxers fighting bad guys in a music video. Everything turns into chaos every now and then, but regardless, the events do create a feasible story that is understandable; more attention needs to be paid in order to grasp its entirety.

After reviewing “The Gentlemen”, it can be said that this film is one to never forget from the 2020 year. The overall concept of how crime develops in the world as well as how it is maintained is showcased with just enough drama and violence to satisfy one’s movie needs. Even though the “less is more” mantra is important to uphold, the plethora of famous, talented actors mixed with a mysterious, dark setting and no over exaggerated violence makes for an experience that proves that mantra wrong.