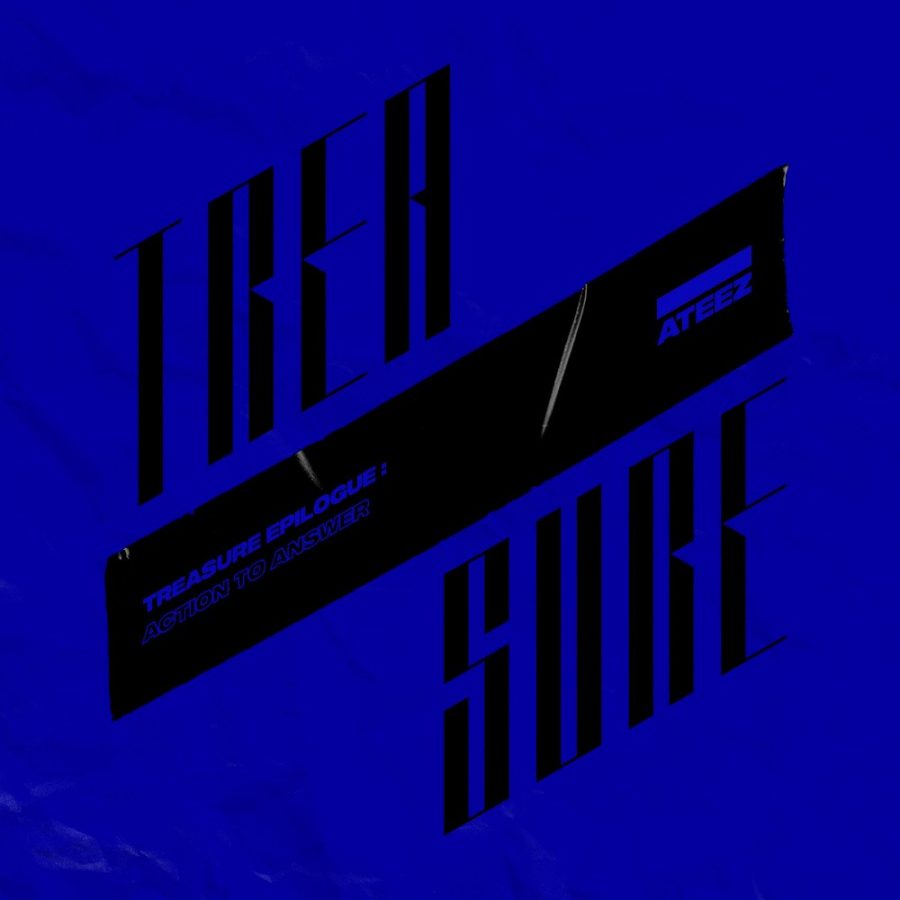 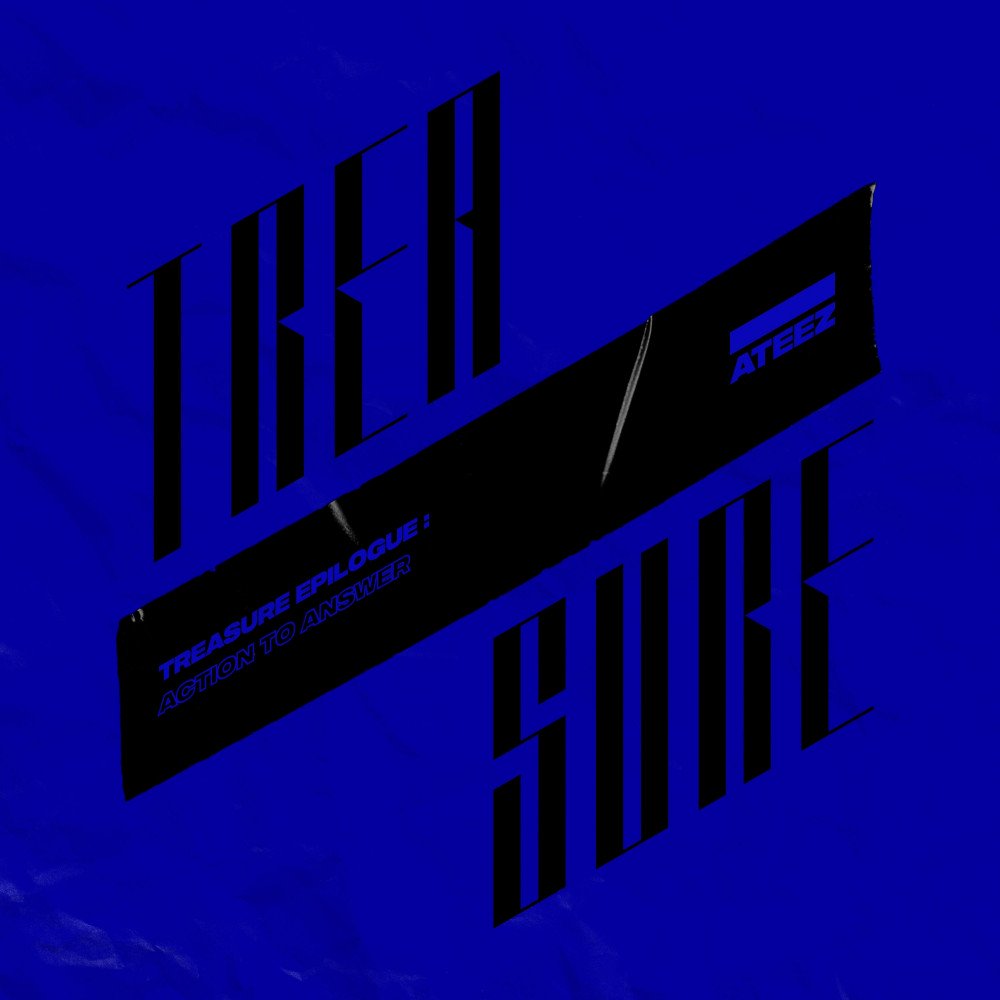 As the music industry continues to develop with new artists from all over the world, music critics and lovers alike are exposed to several different genres from unique cultures. One genre that has already made its mark on the music world is K-pop (Korean pop), which has got America falling in love. Its variety of boy and girl groups have attracted more and more listeners with increasing popularity. While there may not be one exact reason as to why K-pop has gained such a following, it is proof that music is expanding its horizons and bringing new content with much potential.

Speaking of new content, K-pop rookie group ATEEZ released their latest album, “TREASURE EPILOGUE: Action to Answer”, on Jan 6. Ever since their debut in October 2018, ATEEZ has shown great initiative with the completion of their first album series, “TREASURE”. This album series is definitely one to remember for its character and talent, and in an ocean of K-pop groups, that can be considered a success.

ATEEZ’s “TREASURE” series is about their journey of making their presence known to the world while dreaming of an even bigger future. Their first album, “TREASURE EP.1: All to Zero”, marks the start of this journey and continues with consecutive albums. Also, perhaps one of the most interesting components of their newest and final addition is its references to past songs of the series. A detail like this does an amazing job of summing up the storyline of “TREASURE”.

The first song on “TREASURE EPILOGUE: Action to Answer” is called “Answer”, a fitting name for its associated album. With an upbeat melody and hints of soulful tones, “Answer” is an expression of ATEEZ’s desire to enjoy their lives in this world despite the troubles they may face. The lyrics can be seen as a personal reflection of the members’ viewpoints about life, as they encourage the listeners to come together and have a blast, allowing their fans to relate to them more.

If looked at closely, “Answer” references a past song of theirs, which is “Wonderland” from their last comeback, “TREASURE EP.FIN: All To Action”. The phrase “We say the end is just a faraway beginning” relates to “To the beginning where the end waits” from “Wonderland”.

Although the two are stated in slightly different manners, it is clear that ATEEZ continued their recurring theme of the similarities between the end and the beginning, a concept they presented ever since their debut. This is like the bow that wraps up the album series, and in general, it was a fantastic idea to input into the group’s songs to add that special touch of uniqueness.

The next song, “Horizon”, follows up their long journey to success as it continues to express their reach towards fame. The lyrics “Now you gonna take me there” refers to ATEEZ’s goal of making it big in the K-pop industry, but it also represents their excitement throughout the tough journey. “Horizon” is an EDM song, and although typically, this type of song may bring loud music rather than heartfelt feelings, ATEEZ was successful in making their emotions known in a catchy way.

To change things up from the cheery tone, ATEEZ moves into their rendition of a typical love song, which was actually released a couple months before for their one year anniversary on Oct 24. “Star 1117” is definitely a title that deserves some explaining, and while their lyrics do just that, a little bit more research is needed.

Just like a love song, ATEEZ sings about that special someone they cannot stop thinking about, but in this case, it was for their fans, who are named ATINY, combining ATEEZ and destiny. The number 1117 actually represents the date Nov 17, when ATEEZ named their fan base ATINY.

“Forever you are my star” is their take on their definition of the love they want, one that shines bright and remains forever. The slower rhythm and smooth vocals still add something special to this. Songs need time and focus, which differentiates it from other artificial love songs. Of course, because it is for their fans, the song is not just an ordinary love song and brings a sense of connection that artists should strive to achieve with them.

Another major reference to ATEEZ’s songs in their past albums is “Precious”, and compared to the others in this new album, it is one that stands out from the rest. “Precious” is about the members’ end of their journey as they sing of finally reaching what they were looking for.

When all of ATEEZ’s albums are looked at as a whole, it is clear that their intention was to showcase their own journey from rookies to what they could be in the future, thus being the treasure they are desperately searching for. What is really fascinating about “Precious” is that it ends the series with a feeling of accomplishment.

A little over a year ago, ever since the group’s debut, “Treasure” was an inspiration for ATEEZ and their newly gained fans. In the beginning of the song, they sing of a “shining treasure” that lures them and makes them “more and more blind, crazy”, sung by Kim Hongjoong, leader and rapper of the group. Just like the song states, their careers as K-pop idols began, and they desired the treasure of making it in a cutthroat industry.

However, rather than starting with the same lyrics as “Treasure”, “Precious” ends with the lyrics, but with some changes. Instead, they sing of how their “hands are full of treasure”, and that they “have to find it again”.

The concept of connecting their songs really makes ATEEZ a group to be reckoned with, since they caught the attention of the public with something different from the norm.

To wrap it all up, “Outro: Long Journey” is a bit different from the others because it is a spoken word piece by Maddox, a South Korean singer under KQ Entertainment, the same company as ATEEZ. Similar to the other songs, it is a direct reference to “Intro: Long Journey” from their first album.

The mood changes as the song has a mysterious, “Pirates of the Caribbean” musical vibe, while Maddox talks about finally finding the treasure, but remembering to hope for more in the future. “Intro: Long Journey”, of course, talked about the hardships they would face and how they would not let that stop them. Although very different than their other songs, the tie between the two is like the setting of a major adventure, where listeners cannot wait to join them.

When it comes to all of the K-pop groups in the music industry, ATEEZ does not disappoint as they bring more than bland concepts to the table. The group has reached a landmark with their first album series, and because of its variety of techniques and ideas, they already have the potential to make their mark as striving artists.

In America today, there are music lovers who seem to despise K-pop, seeing it as a genre for untalented artists and cheesy lyrics. Regardless of all of the opinions, it is still a genre that has become well-known worldwide. K-pop groups and artists continue to pour their hearts into creating their own style of music, and ATEEZ is one to be on the lookout for in the future.