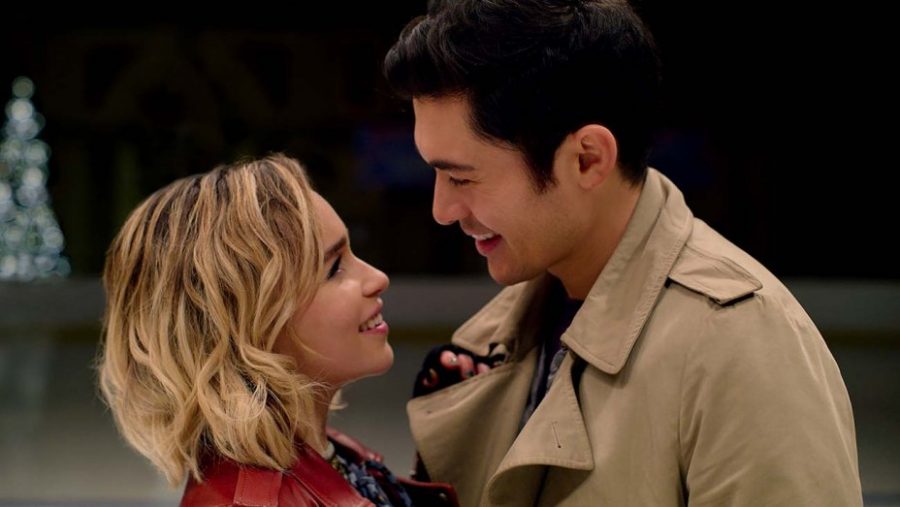 CONTAINS SPOILERS Every December, it seems there is always a surplus of romantic comedies that all have the same overdone plotline. The “Last Christmas”, however, brings refreshing characters and a unique story that is memorable even outside of the holiday season.

This time of year is always overflowing with movies from channels like Hallmark that are very famous for their cheesy Christmas movies that are just the same exact thing over and over again. This film is the exact opposite and actually has some substance to it. After years of being sick, Kate, played by Emilia Clarke, received a heart transplant that previous Christmas, and ever since then she has been trying to drink her life away because she feels as if she’s “half dead” with someone else’s heart beating in her chest.

Tom, played by Henry Golding, gets her to start eating healthy, go back to her parents, make amends with her sister and stop drinking, but he keeps disappearing on her. She later finds out that he’s dead. Tom has been dead for a year. It’s his heart that Kate received last Christmas and she has been interacting with his ghost who appears like a guardian angel of sorts.

He’s romantic, dreamy and is constantly trying to get Kate to better herself, but he’s almost too perfect. Throughout the film, the audience was waiting for the other shoe to drop when it came to Tom. He was disconnected from his phone and always on an adventure, even volunteering at a soup kitchen every night. He is the epitome of a perfect English man, which actually does have its drawbacks considering he is dead.

Following her amazing run on Game of Thrones, Clarke is just as fantastic and lovable as ever. She is a talented actor and without her portrayal of Katarina or ‘Kate’, the film would not have had the same finesse . Her chemistry with Golding is spot on; they have a very believable and comical relationship on screen.

He encouraged and supported Kate into reconnecting with her family, which introduces a great number of comedic and cultural aspects that made this film so special. Her parents are from Yugoslavia, and Kate has always detested her culture, rejecting her given name ‘Katarina,’ but when Tom comes along, she starts to accept it more and more.

Her mother was hilarious in every way, played by Emma Thompson, as she doubled as a worried mother and a comedic relief within the film. She represented several serious issues that are present in modern society. Escaping the war in Yugoslavia, her mom and dad came to England and became citizens, but she is still afraid that at any moment she’ll be forced to leave. It was integrated well into the film where the audience didn’t feel that politics were being forced on them; it was subtle but impactful.

Most romantic comedies are chalk full of cliches and gushy declarations of love that just make it way too soppy, but “Last Christmas” somehow finds a perfect balance. The script is wonderfully written and it’s hilarious. The setting was perfect hosting the British accents that make the film both memorable and refreshing. Showcasing the side of England that Americans do not often see, the struggling class is not as picture-perfect as British people are normally perceived as.

The plot twist was anything but cliche. Although something similar was used in “Ghost”, where the protagonist interacts with, well, a ghost, it was so different to where it wasn’t exactly the romantic comedy it was marketed as, but a coming of age story where someone lost finds her way again.

When Katarina found out about Tom’s circumstances, their goodbye was very emotional with Katarina carrying on his legacy by helping out the homeless and always looking up. The ending was carried out very well, but the actual final scene was a little lacking. It was a beautiful frame, but it just needed another minute or two to really close it out. Overall, it was a fantastic movie that should go into everyone’s 25 days of Christmas marathon, ensuring a fun and surprisingly uplifting holiday season.