Will Smith’s “Gemini Man” is a box office disaster 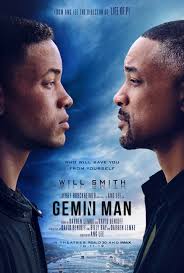 Throughout the years, Will Smith has participated in many iconic albums, movies and television shows ranging from the “Fresh Prince of Bel-Air” to “Men in Black.” With Smith still riding the momentum from his latest work on Disney’s “Aladdin,” it was expected that “Gemini Man” would follow such success, but sadly reality hit hard.

“Gemini Man” released on Oct 11 and the film has not done well with critics, the box office and simple movie-goers.The plot looked to be unique, but it was just more of the same cliches that Hollywood has been overusing since the beginning of time. The film was supposed to offer the audience a break and it was unfortunate that it merely accomplished the opposite.

None of the components of “Gemini Man;” whether it be the script, acting or the CGI aspects really worked individually or together, making for a very lackluster film.

The overall story did not make sense and was hard to follow at times. It was very boring, and left the audience falling asleep or reaching for their phones, which obviously is not the goal for any film, much less one transpiring from the action genre.

When it came to the acting, it was subpar at best. Will Smith is a great actor and his work playing Henry was fairly decent, but it is difficult to act off of a poorly written script. Character interactions were very forced and awkward with their small developments being very sudden. Occasionally the writers would try to grab at the audience’s emotions during the few death scenes, but they were not memorable characters and so their attempts went unsuccessful.

“Gemini Man” was horribly predictable and did not introduce anything new to the audience. It was just more of the same, unoriginal content and somewhat random tidbits about the main character, Henry, that didn’t really come into play later on in the movie.

It was stated earlier in the movie that Henry is very allergic to bees, and so later on in the film, when the clone decided to switch to his side, the clone injects him with bee venom claiming he “had to make sure,” and what does that even mean? Why would he think to do that? Nobody knew what happened during the entire movie. Every move the characters made was illogical, with the story being hardly developed at all.

What is most disappointing about the film was that it had so much potential. With Will Smith, almost anything is possible and with the de-aging technology, they could only increase the Will Smith factor, but this was not the case. Instead of being this revolutionary movie effect, it just made it seem like the producers had a very low budget and couldn’t afford enough actors to carry out the scenes.

To some degree it worked, but it wasn’t realistic and during fight scenes it looked like a poorly programmed video game had infiltrated the scene. Going along with the theme of the movie and the script, the fight scenes were not filmed nor choreographed well. At one point, Henry was thrown off a motorcycle and face planted into the concrete after driving at record speeds. He should have been dead, but he just had to clean up a couple paper cuts.

The cinematography and direction seemed very juvenile. Most of the scenes were filmed in such an angle that the viewer couldn’t see or understand the fights and simple interactions between characters.

The only good part about the movie was that they didn’t force a romantic relationship on Henry, even though they made it seem like they would in the beginning, which was very awkward. Danny, played by Mary Elizabeth Winstead, looks to be in her twenties where Will Smith is and looks like he’s in his late fifties, and the pair did not share any on-screen chemistry. They instead were just partners with a very weird relationship that, the pair did not seem to share any on-screen chemistry in either scenario.

The whole movie was fairly pointless. The directors and writers should have waited to make this movie until they had the right script and technology to accurately depict the cloning. With more character and story development, it would have been a good film, it was just a matter of finding the right time to make “Gemini Man.” It was a very unfortunate that this was not it and even more so that it was such a disappointing release.