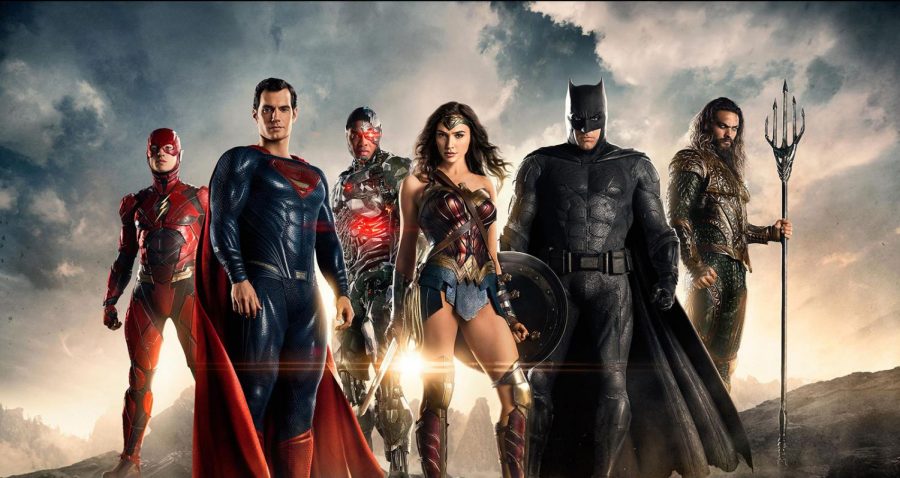 After the triumphant “Wonder Woman” earlier this year one would think Warner Brothers has finally found their groove with the D.C. Cinematic Universe. With Zack Snyder behind the camera again, it’s clear we have a little longer to wait for that.

The story is about as basic as a superhero story gets, with a big bad CGI villain searching for objects that will end the world, and heroes that have to put aside their differences to stop him. This wouldn’t be a problem if the heroes and villain were engaging enough to add new flavor to the genre. However, with Zack Snyder at the helm that’s a very big “if”.

Steppenwolf is an atrocious villain with no personality, menace or development. His design is dull, and him being completely CGI is just icing on the cake of ugliness. This drags most of the movie down with it, as without a decent villain, you don’t have a remotely decent superhero story.

The titular heroes are slightly more interesting, and, surprise surprise, Gadot steals the show as Wonder Woman. The rest are good performances in search of more interesting development. Although “Batman v Superman: Dawn of Justice” was terrible, Affleck’s Batman had an engaging story, which is sadly missing here as he mostly makes jokes and spouts exposition.

Miller’s Flash is entertaining but borderline annoying at times, as a serious moment will occasionally be ruined by a joke about his blood sugar or awkwardness. Fisher’s Cyborg is well-portrayed but lacks personality, and Momoa’s Aquaman is entertaining but underused.

There are definitely fun scenes where the League has witty banter, but they don’t gel well with mostly boring, exposition-filled scenes. This movie also has no concept of pacing, as the first act drags trying to set up all the new heroes, so that the last two acts feel completely rushed.

The movie as a whole feels very cobbled together with extremely unfinished CGI and banter scenes that felt reshot at the last minute. Reshoots were conducted with Henry Cavill when he had a mustache which he couldn’t shave for another movie, so they had to edit it out in post-production. This shows in a number of scenes where Cavill’s face looks obviously fake and digitally painted over.

This feeling of incompleteness is understandable however, considering Zack Snyder had personal issues so he understandably removed himself from post-production with Joss Whedon, director of the “The Avengers” taking over. Nevertheless, it still shows, and this could’ve been remedied if Warner Brothers had given the creative team more time in the wake of this tragedy to finish the movie by pushing back the release date.

While “Justice League” disappoints and pails in comparison to the great “Wonder Woman”, it’s not the pretentious snooze-fest “Batman v. Superman” was and it certainly isn’t the over-stylized MTV music video countdown that Suicide Squad was. It’s a step up from both of those movies, not that that says much, but it does show the creative team at Warner Brothers is at least a little cognizant of mistakes they’ve made.

This movie was still a massive disappointment, however. Hardcore D.C. fans may find enjoyment with seeing that their heroes in action along with the barrage of Easter eggs for them. What everyone else is left with is a messy, shoddy, wreck with hints of a great fun movie buried under reshoots.