Review: It Comes at Night ditches cliches, and presents an unsettling experience 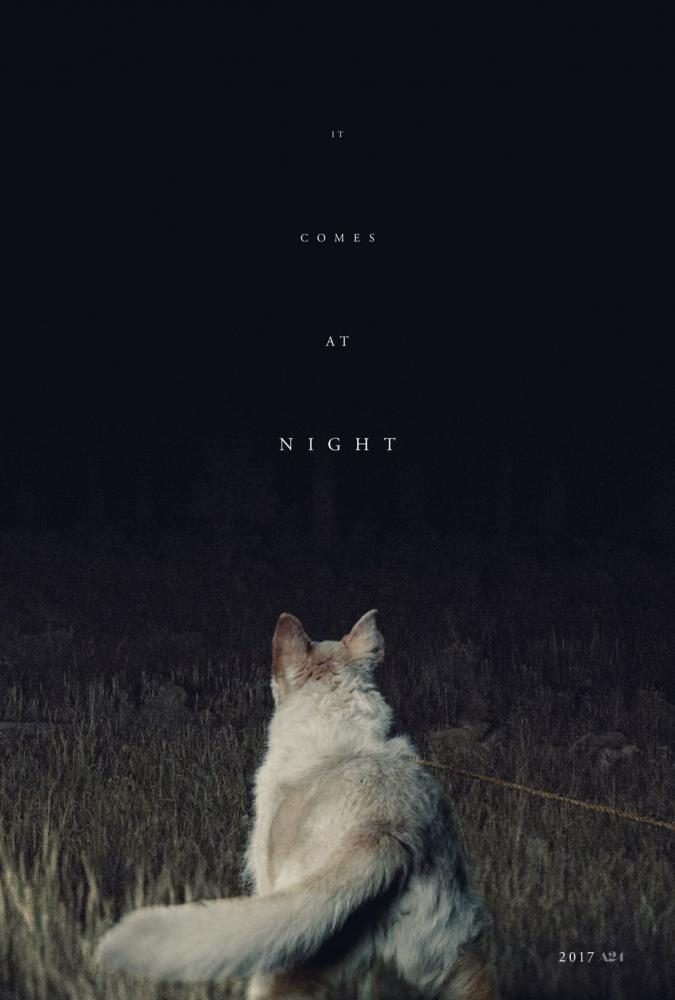 Poster courtesy of A24

Watching the trailers and seeing the posters one might think It Comes at Night is just another standard monster flick. Something is lurking in the woods, always keep the door locked, never go out at night, we’ve seen it before and we’ll see it again.

What the trailers don’t show however, is that It Comes at Night is actually an unsettling, atmospheric, psychological drama that tackles themes of paranoia and trust in a way that most horror films nowadays fail to do.

I went in not expecting a conventional horror film after reading reviews of it, and from the very beginning it grabbed me and unsettled me the whole way through.

It Comes at Night tells the story of a family living in a secluded house in the woods in a post-apocalyptic society wiped out by a mysterious disease. Travis (Kelvin Harrison Jr.) is the film’s protagonist and the son of Paul (Joel Edgerton) and Sarah (Carmen Ejogo).

Paul and Sarah are both experienced and know how to live in this society, but Travis is clearly an outsider. Travis suffers from nightmares regularly, mostly stemming from his paranoia of the horrors of the world they live in, with disease and death lurking at every corner.

These realistic reactions allow the audience to perfectly sympathize with the struggles of Travis as we watching it are also unsettled and confused by the actions that have to be done in this environment.

The mystery and paranoia of this world is the central conflict of the entire film, not simply a monster lurking in the woods. An outside force stalking the family is implied to exist at some points in the film, but the central conflict is how it affects this family, Travis in particular.

Travis is haunted by nightmares of his dead grandfather or him becoming sick from this mysterious disease. These sequences may have disappointed fans as most of the creepy shots in the trailers were actually just nightmares, but they instead serve to create the atmosphere of this world that they live in.

The slow swelling music playing as the camera pans down the hallway slowly approaching the ominous red door of the house perfectly encapsulates the sense of dread and paranoia Travis experiences regularly. Will today be the day I die? Will today be the day my family dies? How much longer do we have? All questions Travis dreads the answer to.

Themes of trust arise when the central family is introduced to another family consisting of Will (Christopher Abbot) Kim (Riley Keough) and their son Andrew (Griffin Robert Faulkner). Tensions naturally arise from this introduction as paranoia and dread affect both parties.

It Comes at Night doesn’t rely on showing the audience scary things happening, but instead relies on terrifying the audience through its ideas and atmosphere. It doesn’t necessarily pose the question of what IS out there, but instead what could be out there. This very simple idea ties straight back to the central conflict, the paranoia Travis experiences.

When the movie reaches its conclusion, it doesn’t end in a conventional way a horror thriller would. There isn’t a huge payoff or big reveal and many questions are left unanswered, but instead events unfold and it just simply… ends. Which is why it works so well.

The movie doesn’t spoon feed you, but instead leaves you to ponder and think about what you just witnessed. Leaving you unsettled and in silence is true horror at its finest, not resolving every thread of the story in the most satisfying way.

The “It” referred to in the title may or may not even resemble a physical concrete being but instead an abstract “It”. Liberties like this taken by the movie are definitely not for everyone. Those who expect a constantly moving and jumpy horror flick are definitely going to walk out angry and disappointed. However, if one tempers their expectations to experience a slow, unsettling, thriller that takes its time to present horrifying ideas and themes one might love this movie just as much as I did.

The biggest deciding factor if you’re satisfied with this film is expectations. If slow horror films aren’t for you then probably just stay home and save your money, but if you think you can handle an abstract and unconventional horror flick, then prepare yourself for a truly dark and great experience.