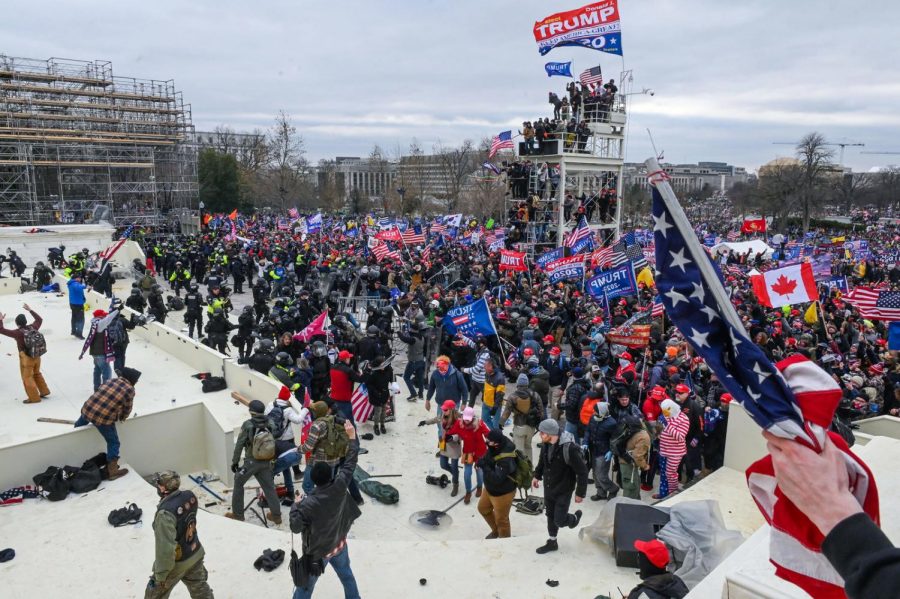 On the day that Congress was to accept and certify the electoral votes of the 2020 election, an abominable attack on democracy and on this nation occurred. Domestic terrorists charged and bombarded the capitol building in Washington, D.C.. Some of the country’s top elected officials had to flee and hide for their lives from these vicious intruders.

This internal threat to justice and freedom in the United States has been growing for weeks as President Donald Trump has refused to accept the results of the last election. He has deliberately and wrongfully fed lies to his most ardent and devoted followers. And now, the president knowingly incited a riot that has now claimed the lives of five people, both law enforcement and dissenters.

The president falsely claims that there was extensive election fraud in many states; he and his allies filed a multitude of lawsuits, but to no avail. According to the USA Today, 61 out of the 62 lawsuits filed by Republicans have failed. State Supreme Courts throughout the country, including here in Arizona, have rejected or declined to hear the appeals to overturn the election results. Yet the president still adamantly claims that the election was stolen from him.

The office of the presidency is one of great power and responsibility; Americans should be able to trust that what information comes out of the president is factual, but with the current president, it is not the case. It is a well known matter that what President Trump says needs to be fact-checked before being passed off as truth. However, President Trump had access to his own personal Twitter account, where he was able to get his thoughts through to millions of people. He took advantage of the authority he holds as president, to lie to millions of people, and get them to believe that the election was fraudulent.

The followers of the president heartily believed that what they were doing was right. The president delivered lies and misinformation to many people who were already disappointed with the election results. Paired up with the president’s tweets of encouragement, it is easy to see how so many were convinced to storm the capitol.

As the riot unfolded into the late afternoon, President Trump released a video on his personal Twitter account, in which he said the rioters do not represent the country. Later in the video, he also called the rioters “special people”, and stated “we love you” to them. This was an unsurprising show of support to the riot masked in a semi-presidential address.

In addition to the appalling effects the words of President Trump had, this riot was a precise example of racism among police officials. During the Black Lives Matter protests over the summer, where most demonstrators were people of color, there was an abundance of police in riot gear. Meanwhile, at the recent riots, where the mob consisted mostly of Americans of caucasian descent, police were vastly underprepared. This double standard in the way law enforcement reacts to protests goes to show that there are significant problems in the country’s policing systems.

President Trump needs to admit responsibility for his atrocious actions and resign from office immediately. The job of the president is to serve the country, but all of the actions and behavior of this president only divide and isolate the American public. Our vast and diverse country cannot survive the bigotry and hate that President Trump inspires in so many people.