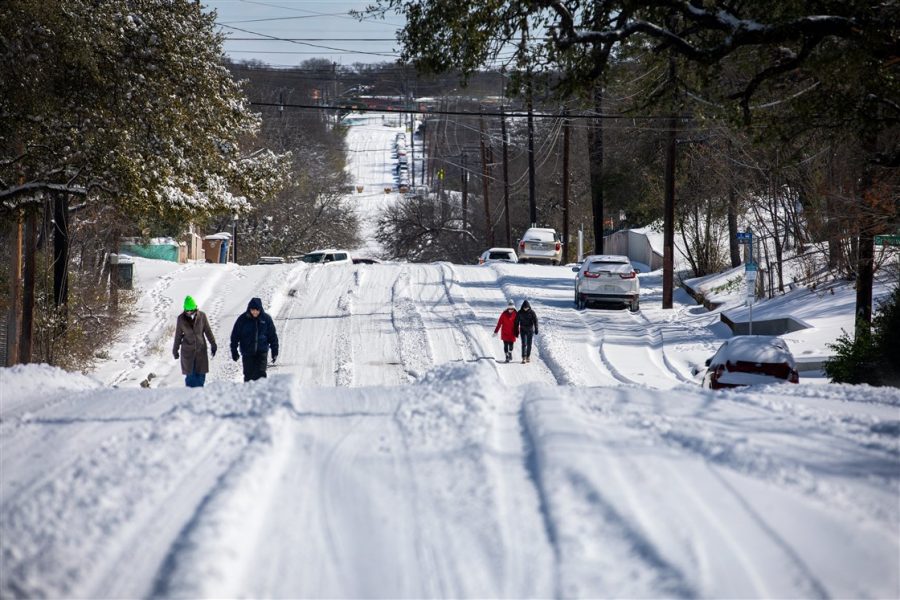 Texas – known for their reasonably mild winters – underwent a lethal cold spell during mid-February. Temperatures throughout the region dipped below freezing and inches of snow covered the ground, exposing a problem-riddled electrical grid that left unprepared Texans throughout the state scrambling to survive. Wide-spread power outages led to people of all ages dying of hypothermia from the lack of heating, and low water pressure led to millions under boil water notices.

Vulnerable residents endured days of sub-zero temperatures in homes not built for such extreme weather conditions. The death toll from the snow storm currently stands at nearly 80 people, according to the Wall Street Journal, but the full toll will not be known for months.

Dallas, in north Texas, usually experiences light winter weather with temperatures typically staying in the 50s and 60s, rarely getting snow. With weather conditions reaching below zero during the worst of last week’s storm, Texas residents unfamiliar with the necessary precautions that needed to be taken, had their pipes burst and energy turned off.

In Houston, an 11 year old boy is suspected to have died of hypothermia after he was found frozen in his bed. Three children and their grandmother died in a house fire after lighting a fireplace to keep warm. As the snow melts and temperature rises, devastating scenes like these are being found throughout the state

Much of Texas was under boil water notices, this meant that the water coming out of pipes was unsafe to drink and posed health risks to customers. This was mostly caused by low water pressure, which itself was caused by the power outages and many burst pipes.

Texas’s independent power grid is being faulted as the main source of the failure to keep electricity going at such a critical time. Texas’s power grid is mostly cut off from the rest of the country’s grids, with few connections to the Eastern U.S. and Mexico grids. This was an intentional decision that allowed it to not have to follow federal regulations; regulations that could have required the Texas power grid to be prepared for extraordinary occasions, like what happened this month.

Another factor that caused the dangerous outages was the unreliability of fossil fuel production. According to the Railroad Commission of Texas, which manages regulations on the oil and natural gas industries, oil and natural gas production facilities in the Permian Basin and Panhandle were closed due to fears of work safety. These closures contributed to the outages that left millions in the dark.

With temperatures returning to normal, the people of Texas are left wondering how to make sure that they never go through the worst again. Although change is needed, with Texas’ reputation of not being in favor of rules and regulations that restrict industries, it is uncertain if their power grid will be altered and reformed, or left unchanged.