The invisible wall between staff and students 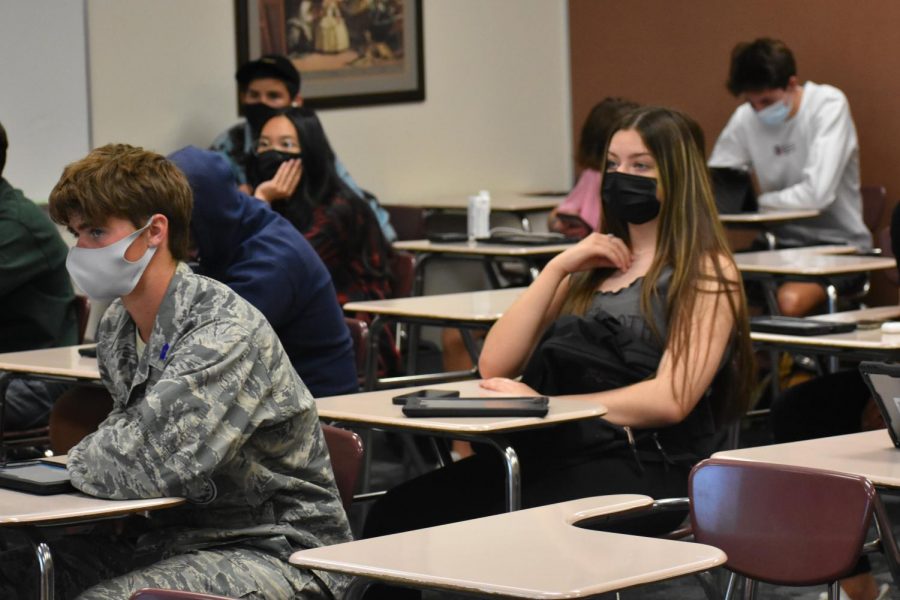 In an era marked by social distancing, stay at home orders, and heightened personal hygiene, it should be no surprise that education has not been left unturned. At first, virtual learning created an environment where students and teachers were separated by computer screens; but now in-person schools continue to face issues like a steep decline in student participation. Many teachers are left teaching to lifeless rows of lackadaisical students, which can impact everything from grades to students’ enthusiasm to be at school.

As the school year began with students logging on to computers instead of commuting to campus, teachers and their classes were thrown into a situation where most people didn’t know each other, and the safety precautions put in place due to the COVID-19 pandemic prevented them from forming new friendships and getting to know one another. This lack of intimacy between classmates helped keep student participation below par — even as OHS moved back in-person.

“At the beginning [student participation] was less; students weren’t talking unless they got called on; they really didn’t want to participate,” said Ronda Cunningham, English teacher.

Student participation is an essential component of learning; without participation, teachers wouldn’t know if students are understanding the material and what may be confusing. When students voice their questions and concerns, it can help other students too; it may answer questions they did not know they had or are too shy to ask themselves.

“You learn a lot from your peers; a lot of times that’s what amazes me: the comments that students will have,” Cunningham said. “They have really good comments and opinions and ways of looking at things, and students aren’t necessarily hearing that.”

Engagement in the classroom can also motivate students to focus on their work. A silent room can be dull, and many students feel that they work best and are more motivated in places where they are stimulated.

“I think it [impacts] students’ grades because nobody’s motivated to do things,” said Mia Martinez, sophomore. “I feel like last year when everyone was socializing and having fun at school with their friends, it’s a lot more fun and you’re motivated to actually learn the material.”

Although many think that the silence commonly found in classrooms across OHS this year is not benefiting students, some students think that it can be easier to focus in a placid classroom.

“It could be, for some students, helping them more because it’s not [a] talkative environment in the class,” said Ethan Vesely, senior. “There might be less participation but there’s also less talking and disruptions going on in the class, so that can be helping [students] learn, and that’s why there’s less participation, because there’s less questions needed to be asked.”

Many have speculated on what is causing this issue, and some believe that all the abnormalities of this school year are creating the decline in student participation. Masks can hinder people’s ability to communicate effectively, and it is not far-fetched to think that that’s what’s causing students to not participate.

“It’s really hard to talk with the masks on, and it’s hard to hear what people are saying,” Cunningham said. “I think a lot of times kids are just like ‘I’m not going to talk, they can’t hear me anyway’; it just kind of hinders communication.”

Masks may be a part of this issue, as they can cause students to be uncomfortable with speaking, but some people also think that the general situation as a whole can be to blame for the diminished student participation.

“Maybe people are still uncomfortable, especially talking in class, they might have their voice muffled, they might be worried that they can’t really say it [or] they might be misheard,” Vesely said. “But in terms of participation with that, I don’t think it’s necessarily the masks, it’s just the general situation affecting it.”

Other safety precautions taken to help stop the spread of COVID-19 have also helped lessen student participation. Teachers are less likely to assign group projects, which was an activity many students looked forward to.

“I remember doing that last year and it was fun, but now that we can’t do group projects like that, it’s strictly all over Google Docs and it’s just not as motivating as it was last year,” Martinez said.

Despite the restrictions, some teachers have been able to create unique activities that are able to engage students in creative ways.

“Activities that are safely done [help the class environment], like certain games and activities; I played a game of Jeopardy in my statistics class today that got people more talkative,” Vesely said.

Another safety measure, rowed seating, has created an uncomfortable setting for students. Being physically distanced from each other can have a considerable effect on students’ ability to communicate and ask questions with each other, that teachers may not have realized.

“I hate the rows [of desks]; I hate the back-to-back consecutive rows where you can’t turn around and talk to a friend and ask them how their day was; you just can’t socialize, and it makes school so boring and monotonous,” Martinez said.

Some teachers recognized the disadvantages of rowed seating and have their desks in pods, which allows students to socialize and communicate with each other.

“[My teacher], Mrs. Garraway, she always tells us to socialize with our pods,” Martinez said. “I really like the pod idea because it kind of forces you to socialize with the people around you, to learn about their day, how their weekend was, what they did over spring break, little things like that I think make a really big difference.”

As the school year advances and COVID-19 cases continue to fall in Arizona, students have begun to participate more. Despite the restraints, students are creating new friendships in their classes, and teachers are finally getting responses to their questions. 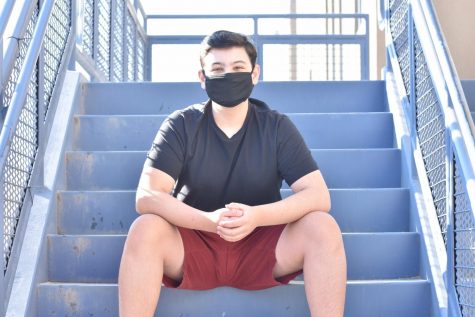 Gabriel Souza is a junior at Sandra Day O’Connor, this is his second year on The Talon. He is very excited for a great year as The Talon's Editor in...