Cross Country seniors are hopeful for their best year yet 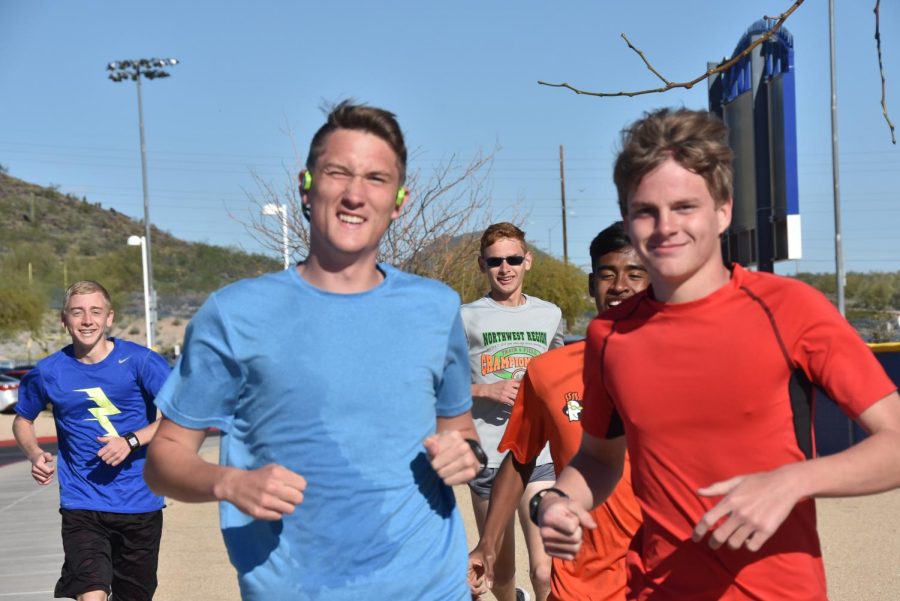 Waking up at four a.m. to beat the heat only to run mile after mile, cross country will have the chance to compete in state Saturday, November 4. Ranking number one in district against Boulder Creek, Barry Goldwater, and Mountain Ridge, many runners are optimistic about this year’s state meet.

“I think we have a serious chance at top five,” said Tyson Collier, senior. “We’ve been wanting this since freshman year.”

Last year the team made it to state and placed 16th. Desert Vista is the school to beat. But OHS has been the best in the district for the past two years in a row.

The seniors on the team are hoping that this year will be there best performance, with many underclassmen who have a lot  of “energy and enthusiasm” Collier said.

After improving his personal record of a 5k from 28 minutes, John Carpenter, senior, is hopeful the rest of the team can improve their times as well.

“It’s the best team we’ve had ever,” Carpenter said. “I’ve grown a lot with this team. Being a part of this team really helped me grow and improve physically.”

The team will have a chance to compete at state. Following that will be nationals in December, which the team is once again hopeful that they can do better than previous years.