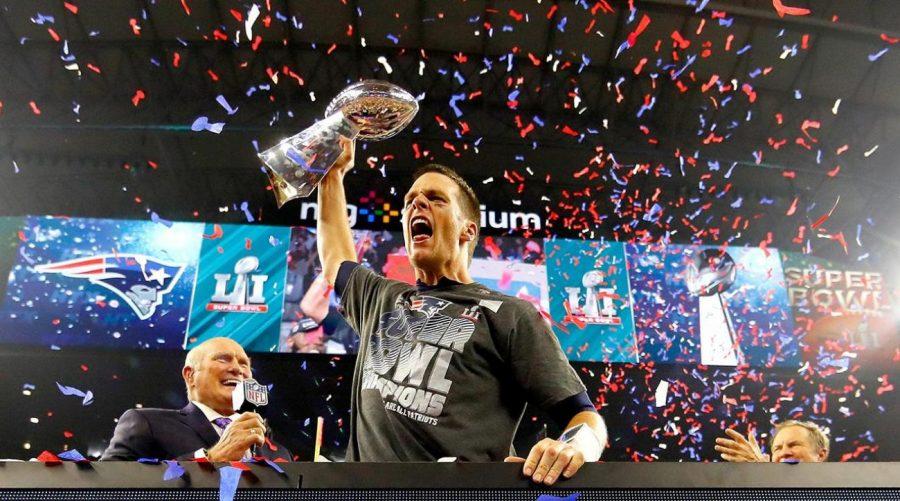 The New England Patriots earned their fifth Lombardi trophy after defeating the Atlanta Falcons 34-28 in the first Super Bowl overtime ever on February 5.

After both offenses were shut down ending the first quarter in 0-0, the Falcons ignited in the second quarter after Devonta Freeman, Falcons running back, turned a forced fumble into a touchdown, scoring the first points on the game.

The Falcons, who were seeking their first championship win, seemed to have won Super Bowl LI from then on.

During the third, the Falcons put up seven points and the Patriots got a touchdown but Gostkowski, Patriots kicker, failed to make the extra point ending the third with Atlanta up 28-9.

However, the game completely changed in the fourth when the Falcons seemed to have run out of steam and after Julian Edelman’s, Patriots wide receiver, crazy catch the Patriots quickly scored 19 points, tying the game and leading to the first overtime of a super bowl.

“[The Falcons] started out great but they got cocky at the end,” Ethan Myers, sophomore and Falcons fan, said.

In the NFL’s version of overtime, both teams will get a chance to get the ball except in the event that the first team scores a touchdown automatically ending the game.

With the Patriots winning the coin toss, they chose to get the ball first leading to James White’s, Patriots running back, two yard touchdown run and an automatic Patriots win.

Brady was named MVP even after facing a four game suspension at the beginning of the season after being found guilty in involvement of the Deflategate scandal of the 2015 AFC Championship game.

Despite the loss, Myers is proud of the season and hopes for a Falcons comeback in Super Bowl LII.