How to cope with the results of the election 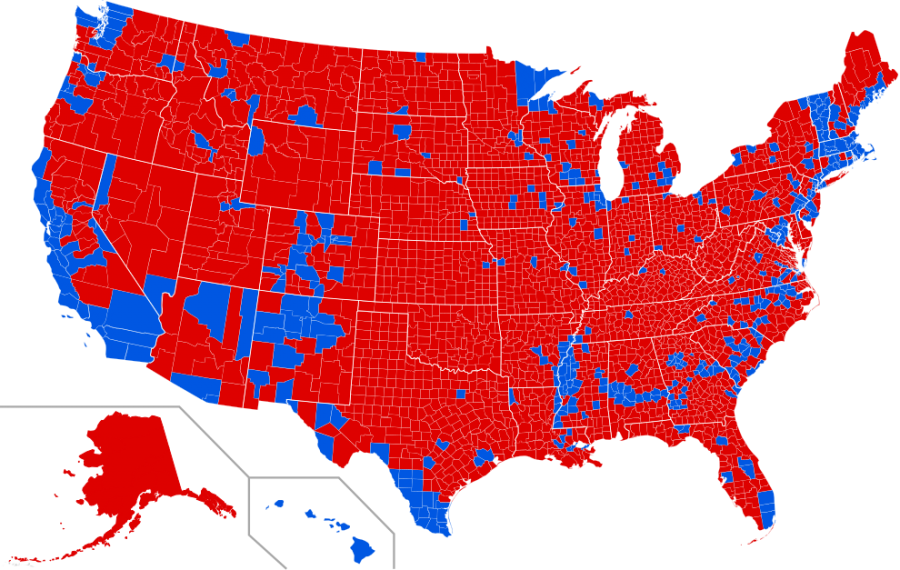 On Jan. 20, President-elect Donald J. Trump will be sworn into office and take the responsibilities as commander in chief. From business man to reality star to President, Trump’s election win will be one to never forget. But before he has a chance to perform in this position, he will already have large criticism from the American people.

Yes, Trump lost the popular vote. It’s perfectly reasonable to argue that he shouldn’t be President when not a majority of voters chose him. But here’s what is unreasonable: trying to change this rule after the election. It’s like a game, the rules were written and players competed. You wouldn’t change the rules after the game because had the rules been different, the players would have competed differently.

From the beginning of this election, and all other elections, whoever won the most electoral votes won the presidency. If this was not the rule this year, Trump would have campaigned in big cities with more people. But he didn’t. He won, following the rules given to him. And for whatever reason people choose to be upset after it’s all over rather than before.

The irony and hypocrisy of today is that the supporters of Hillary Clinton fought for tolerance and stated that “Love Trumps Hate”. What’s ironic about this is post election, they have failed to be tolerant and loving of our President-elect. It’s shocking and so surprising that people only tolerate others who agree with their point of views. Oh wait, it’s not.

Clinton lost, and now we have Trump. Now there’s a problem with the position of the president as a whole. Comedians and the media have made a mockery out of Trump. Joking about a presidential candidate is not wrong whatsoever, but unfortunately some comedians have closed the gap between playful and rude. Trump is a “joke” as people often say.

This goes hand in hand with respect for authority. The country and the world is not the same as it used to be. We have lost the value of appreciating our leaders. Our President should be respected and have the support of Americans no matter who you agreed with more during the election. President Obama had the same issue when he was first elected. But at this point in time, Americans can begin to be more skeptical when they look back at the eight years and judge if our president did a good job or not.

When did younger people start to lose hope and optimism? The honest truth is no one knows what the next four years under President Trump are going to be like. What’s more ironic about that is that the younger generation has never seen a Republican administration in the White House. They have only seen President Obama and even then they were young in the early years of his presidency. So why are they qualified to assume President-elect Trump will do horrible or fantastic?

The older people who voted for Trump remember him from the 1980s as a successful businessman. Trump was a source of optimism; Trump was the American dream, a businessman who lived in New York and made something of himself. He took one million dollars and made a multi-billion dollar company, something many have tried but few have been successful at. Being born at the turn of the century, millennials only see him as a reality star.

This younger generation will see him as their President. The question to be asked because of this is: where is our country going? Trump could go in and do a fantastic job, making his name stand out in the history books. Or he can fail at ill attempts to “Make America Great Again”. No one really knows.

You are not going to die because Trump is President. He is not going to hunt you down because you have opposing views. That is making yourself feel like a victim rather than try to cope with a result you did not like. And being offended does not give you permission to make decisions for everyone else. That’s not how the world works; not everything ends up the way you want.

You have to give the President-elect some credit, though. He had to fight against his own party, the opposing party, and the media. That will truly be talked about for decades with everyone asking “How did he do it?”

As Americans, we should be behind him supporting him every step of the way. Because if he fails, we fail. So shouldn’t we hope he succeeds? So for all people who label themselves as “Anti -Trump”: either join the change or move somewhere else.