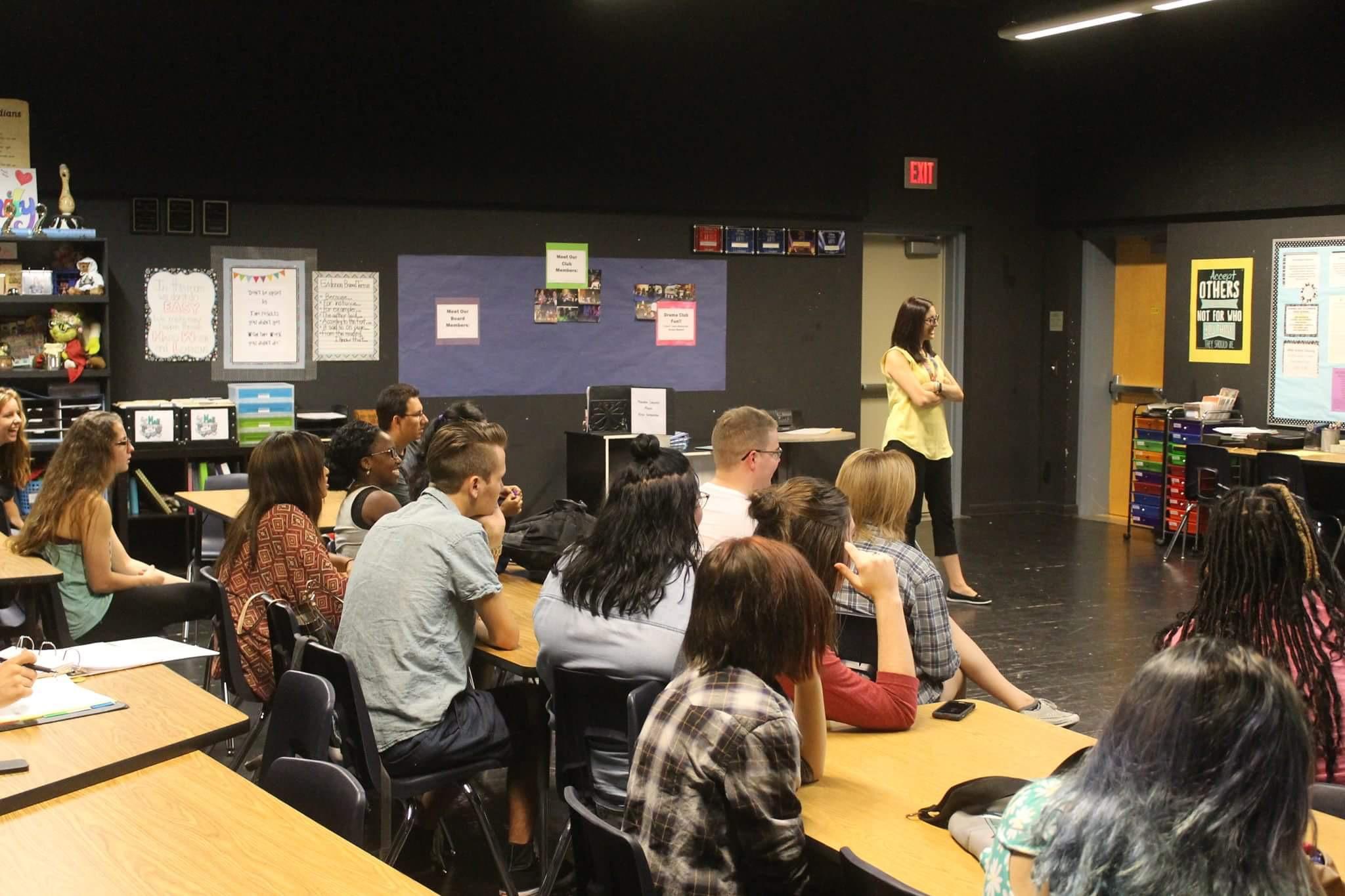 Theatre students sit quietly as they prepare for the year. (Kasey Cross)

Theatre students sit quietly as they prepare for the year.

Theater students prepare for the future

The theater students claim that in their time here, acting has helped them break out of their shell and become the performers they are today.

As compared to the freshman, the seniors have more experience on theater and speak of how close it is to them.

Jacob Schaffer, advanced performance senior, said how theater has taught him and his friends the value of hard work and cracking down to make the show what it is.

“Elementary school, early middle school me, used to be like the shy, quiet, ‘Just don’t talk to me.’, very terrified little child. And when I started doing theater I was like, ‘Okay, I like this.’ And it really brought me to a better place. I’m a much better person because of theater,” Schaffer said.

Schaffer said how theater has taught him and his friends the value of hard work and cracking down to make the show what it is.

According to the American Alliance for Theater and Education, drama improves academic performance, attendance, and the self-esteem of the students who participate.

“In this class, I’m looking forward to learning how to move better on stage, and learning how to act and move with purpose,” said Amy Alley, freshman and Theater 1-2 student.

On August 15, 2016, the OHS’ Theater department was recognized 24 times in the National Youth Arts Awards with 8 wins and another 16 nominations.

“This is a really big deal for a high school to win, so we have a lot to live up to this year,” said Emily Burns, senior. “I was the student director of Addams last year so it was like my babies. When they won so much I was really really proud of them,” Burns said.

Burns said that due to theater she has made countless friends and lasting relationships. Not only have these past four years made her an outspoken and outgoing person, they have also made her a leader.

“Theater has just cracked me out of my shell for sure. I would not be as outgoing as I am now if I didn’t have theater,” Burns said.