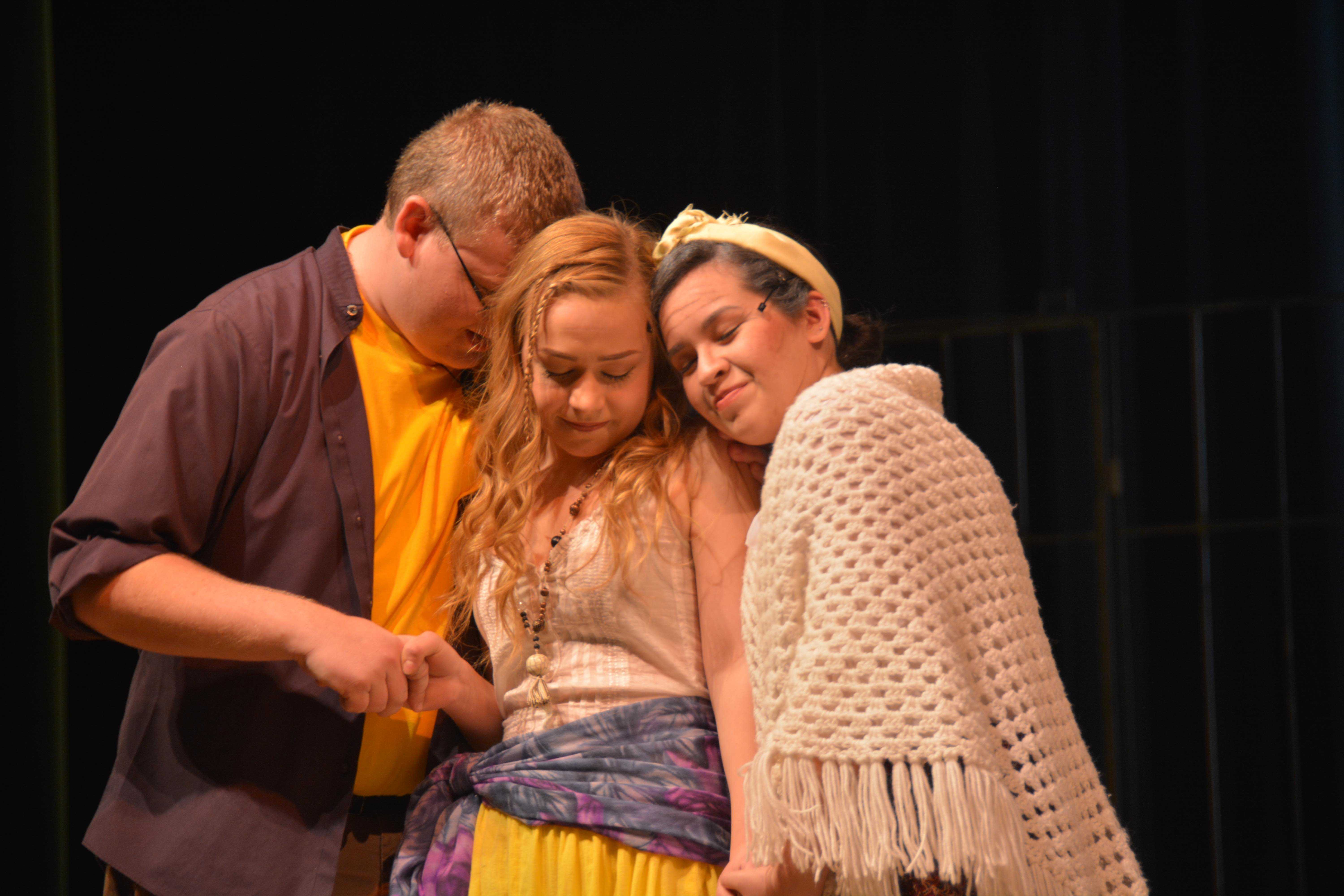 Ti Moune and her parents hold each other one last time before she sets off on her journey. (Ethan Gilchrist)

Ti Moune and her parents hold each other one last time before she sets off on her journey.

Seniors Put on a Once in a Lifetime Play 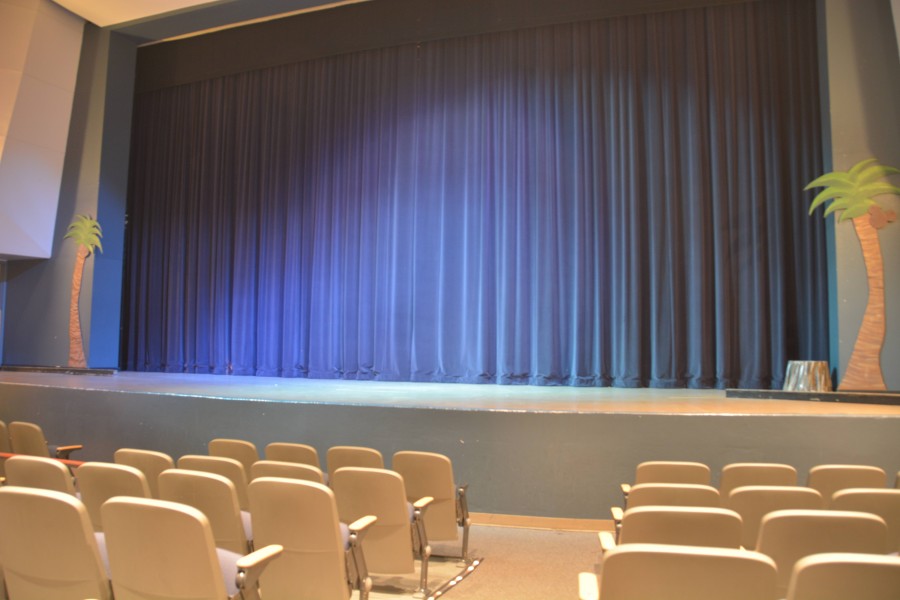 Gallery|17 Photos
Ethan Gilchrist
Once on This Island’s empty stage after the show.

OHS brings their take on Once on This Island as their senior play. This performance follows the tragic love story of peasant girl Ti Moune who rescues Daniel Beauxhomme, a wealthy boy, and forbidden love ensues. With the help of the island gods she follows her heart to Daniel’s home to face her destiny and change the island’s destiny as well.

Once on This Island, based on the novel My Love, My Love: Or, The Peasant Girl, is a musical first put on Broadway in 1990. It tells a unique love story with elements of Romeo and Juliet and the Little Mermaid.

The tale of Ti Moune is one of triumph over adversity. The message of the play is a beautiful one that represents an end to social stratification and the creation of a world of love.

An essential aspect of the story, the four gods (Papa Ge, Asaka, Agwe, Erzulie) are the most interesting aspect of the play. Each represents a piece of nature: love, earth, water, and death. The actors gave their all in these roles, however I would have liked to see more of them. They played a background role for the majority of the play.

Social differences played a large role in the play and sends a larger message about the modern world. There are strong differences between the upper and lower class today and the play makes fun of this.

Costumes design perfectly accompanied the overlying messages of the play. The peasants wore rags while the rich wore very similar white clothing. Ti Moune is cleverly placed in between the two. The gods wore intricate outfits to represent their respective part of nature.

The set design in this play was great and excelled especially in the ballroom scene and Daniels room. The mountain background throughout most the play was beautiful and held each of the four gods in a representation of the island’s religion.

The main stars, Nathan Sheppard and Kirie Taillon, shined throughout the play as did Ti Moune’s parents, Santana Ramos and Brett Angwin . The rest of the background cast did good as well. The gods were awesome in the play portrayed by Jasmine Welch, Sophia Chavez, Malika Saroya, and Arielle Amrein, each did great albeit with mic issues and a lack of presence in certain parts of the play.

The largest moments in the play had the whole cast in well-choreographed dances and songs that moved the story forward.

The play’s only real problems were audio issues and a quick fourth act.

The play had moved at a great pace up until the fourth act where after Ti Moune’s big revelation a larger dance and song ensues which quickly leads to the end of the play. This ending was satisfactory but there should have been more time between her revelation and jumping into this ending.

Once on This Island is a musical and its best music were the god sections and the last song. The last song quickly wrapping up Ti Moune’s tale and its affect on society.

No matter what can be said about the play it is of the utmost importance to give credit to the seniors of AP theater who put together Once on This Island on their own. Once on This Island is a labor of love by these talented seniors and students need to support them by seeing this wonderful play.