What did you think of Republican presidential candidate Donald Trump?

Travis: Donald Trump quite frankly is unfit to be president, being he says racist, bigoted and homophobic statements and sometimes is just flat out ignorant of how this country works. He, and many other Republicans, seem to have the idea that we’re still in the 1950s and won’t take any action for our society to progress. He won’t accept civil rights for gays, denies climate change even though the facts are right in front of him, denies women of their healthcare rights and uses his religion as an excuse to be a bigot and discriminate because he’s too ignorant of our constitution to understand what separation of church and state is. Donald Trump is also of the belief that teachers should be armed with guns which is quite frankly the dumbest idea I’ve ever heard that will only end in more deaths, we’re not a barbaric nation where every citizen should have a gun.

Abbie: Donald Trump can be summed up in a few words: he’s as despicable as his toupee. I think he uses political correctness as an excuse for his thinly veiled racism and homophobia. He has absolutely no political experience and the only reason his name is ever mentioned is because of his own foolishness and filter free mouth. His policies, especially regarding immigration ,at the very least ,are questionable and his lack of experience regarding diplomatic affairs is evident in interviews. Trump simply polls well because he blurts out the most problematic things he can possibly think of. People are so quick to applaud him for this but it’s best to ask yourself why people are so passionate about a man whose beliefs are incredibly anachronistic and bigoted.

Ethan: When it comes to politics I haven’t been following any of the candidates enough to really form an opinion. As a 15 year old sophomore I don’t have any motivation to look into these things.  Even without looking for it you can hear it, Trump is a buzzword. He’s one of the most intense points of argument in America now. He’s the guy that’s sparking a conversation across America and that is a conversation that I and many other people are not a part of. You will hear many different strongly worded statements about him and to even form your own opinion at this point may be hard. I won’t be able to vote until 2020 and as that time draws near then I’ll get into politics.

Do you believe that the PSAT should be mandated by the school?

Ethan: Ahh the PSATS, perhaps the most thrilling three hours I’ve spent at a desk in the past few weeks. Keeping sarcasm aside, the PSAT’s are legitimately useful for all students; they are just tedious. These tests should most definitely be required by the school because they prepare us for the SAT’s and put us on the radar of interested colleges. The PSAT’s give some students a chance to not care before the real thing. That still doesn’t excuse that these tests can be maddening to a student’s willpower.

Travis: The PSAT was a very long, boring, tedious and difficult test but at the end of the day it’s a very necessary test that’s definitely going to help us for the actual SAT. There were definitely questions and sections that made me want to rip the book to pieces but they were probably nothing compared to the actual SAT and the PSAT overall is a great idea that’s going to prepare us for the SAT so much instead of just throwing us into it and saying “Here you go, good luck,”. We need to be really thankful we’re given this.

Abbie: Thankfully this year, I was able to sleep in for a few extra hours rather than take this 3 hour test. Although some students probably wish they had a late start instead, the rewards of taking the PSAT outweigh the costs. As many already know, the SAT is one of the most recognized and valued tests, even on a global scale. In some instances, it can make or break whether you get accepted into a specific college. It’s in the best interest of the students at OHS to take the PSAT seriously, as it not only gives you a shot at winning the National Merit Scholarship but it thoroughly prepares you for the actual SAT. Also, after taking the test and receiving your scores you can login to college board’s website to find a detailed account of all the questions and their explanations. I think mandating the PSAT is a very effective tool in helping students in their road to college. 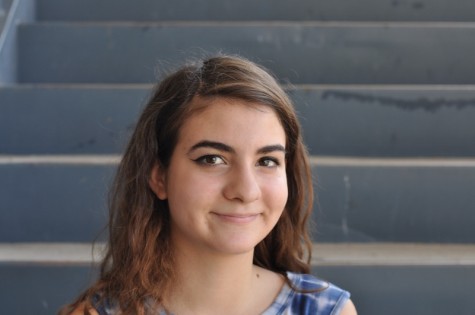