Track prepares for the upcoming season 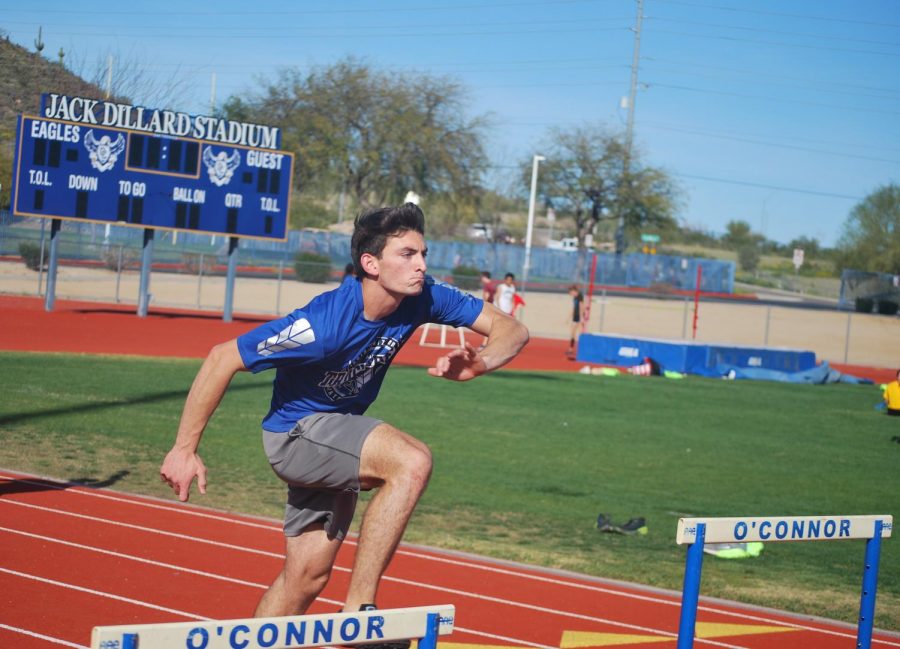 Track and field is working hard to prepare for their upcoming season. With their first meet fast approaching, they’re practicing harder and harder in order to be ready for it. Being the district winners last year, they have a lot riding on their shoulders, and all eyes are on them to repeat last year’s success.

Their first meet was on March 6, against Mountain Ridge High School, so the team is starting off the year by facing their rival. They’re coached by US history teacher, Eric Bolus, and have a variety of events, ranging from 100 m dash to long jump to shot put and discus, all the way up to pole vaulting, and those are just a few of the many events the team participates in.
One of the many types of events is sprints, ranging from 100 m to 4×400 m. One of the sprinters, Morgan Gallagher, senior, has a specific goal for the season, and she goes on to talk about what she participates in.

No two events require the same skills and same mental attitude. Every event requires different types of practices, skills, and energy. Logan Rogers, junior, elaborates on what his practice consists of with being a long distance runner.

“A lot of it is you have to keep trying, even though it’s hard, you just got to keep going. It just takes a lot of time and energy. For me, I have to run four to five miles a week. It’s just a lot of running, and doing this one thing called tempo runs, which is where we run at a fast pace for a while, like 18 minutes or so,” Rogers said.

Pole vaulting is one of the field events, and it requires an immense amount of time and energy. One of the pole vaulters, Makayla Deal, junior, talks about how intense being a pole vaulter is.

Rogers goes into detail about what you need to be willing to do in order to be strong on the team, along with how in order for the team to do well, they need to be motivated and willing to improve.

“I think the season will go pretty good. We have some pretty strong people. They’re fast and they seem motivated and they want to improve which is the best part. You have to be willing to put in the work to try to be better,” Rogers said.

*Due to the Talon going to print, scores can be found on AIA365.org