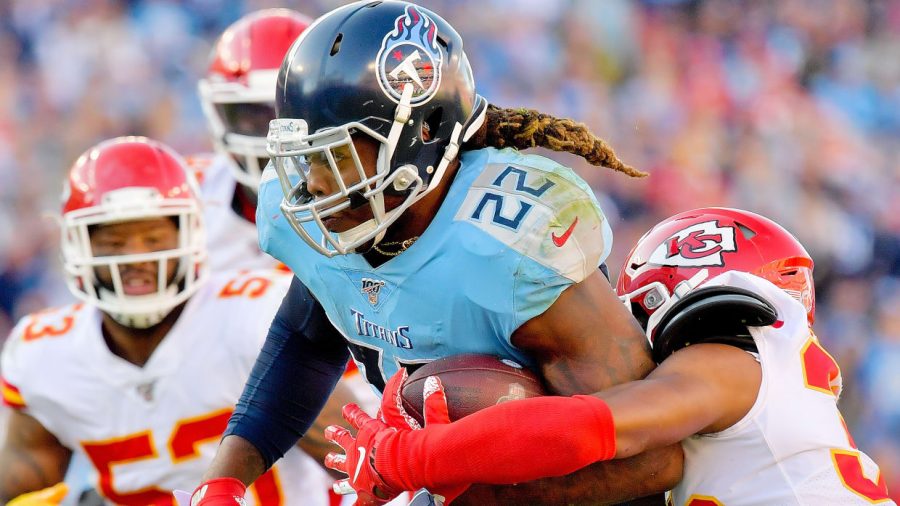 After 256 regular season games, and two weeks of playoffs, only four teams remain out of the 32 that began the NFL season. These teams are one win away from reaching the Super Bowl in a wildly exciting and surprising playoffs.

The Tennessee Titans will take on the Kansas City Chiefs at Arrowhead Stadium in a clash of opposing offensive styles. The underdog Titans have relied on their bruising running back Derrick Henry to carry them past the favored Patriots and Ravens. Henry ran for over 180 yards in both games and has carried the ball a total of 64 times. Meanwhile, quarterback Ryan Tannehill has thrown for less than 90 yards in both games, as the Titans have relied heavily on the run. Using the run game heavily has allowed the Titans to dominate time of possession, which will be much needed when facing the quick-hitting Chiefs.

On the other hand, the Chiefs lead a high-powered offense with Patrick Mahomes at quarterback. Mahomes threw for five touchdowns in a comeback victory against the Houston Texans. The Chiefs’ best playmakers are in the passing game with Travis Kelce, Tyreek Hill, and Sammy Watkins. In order to come out with a victory, Mahomes will have to find his playmakers consistently against a talented Titans secondary, though he should expect little help from his run game that has struggled in the past couple weeks.

The Titans come into the game as the underdogs, while the Chiefs are favored to reach their first Super Bowl in 50 years. Coach Andy Reid is still looking for his first Super Bowl victory, and the Chiefs have a clear path. However, they cannot overlook a surging Titans team that could take advantage of the Chiefs’ porous run defense.

The second game of the day features the Green Bay Packers traveling to play the San Francisco 49ers in Santa Clara. In an earlier meeting between the two teams, the 49ers blew out the Packers 37-8. However, the Packers have shown much improvement since then, as first year coach Matt LaFleur led the team to a 13-3 record and won his first playoff game against the Seattle Seahawks. While past Packers teams have relied solely on the heroics of Aaron Rodgers, this year’s team has a more balanced offense with Aaron Jones at running back and a solid defense.

But the 49ers are still the favorites because of the disruptive defense that has given opposing offense headaches all season. A menacing pass rush led by rookie Nick Bosa and Dee Ford harrasses Kirk Cousins all game in their divisional round victory against the Minnesota Vikings, and has been troubling quarterbacks all season. Their secondary features standout cornerback Richard Sherman, who will be tasked with keeping the Packers’ Davante Adams under control. Rodgers will hope to have more success against the vaunted 49ers’ defense than he had the last time he played when he was sacked five times.

On the offensive side of the ball for the 49ers, Jimmy Garoppolo will be making his second postseason start. He had a decent game against the Vikings, and coach Mike Shanahan will hope to rely on his running game rather than putting pressure on Garoppolo. In the end, however, the main reason the 49ers will win this game is due to their outstanding defense, while the Packers will hope for some postseason magic for Rodgers.