Girls’ soccer has high hopes for the new year 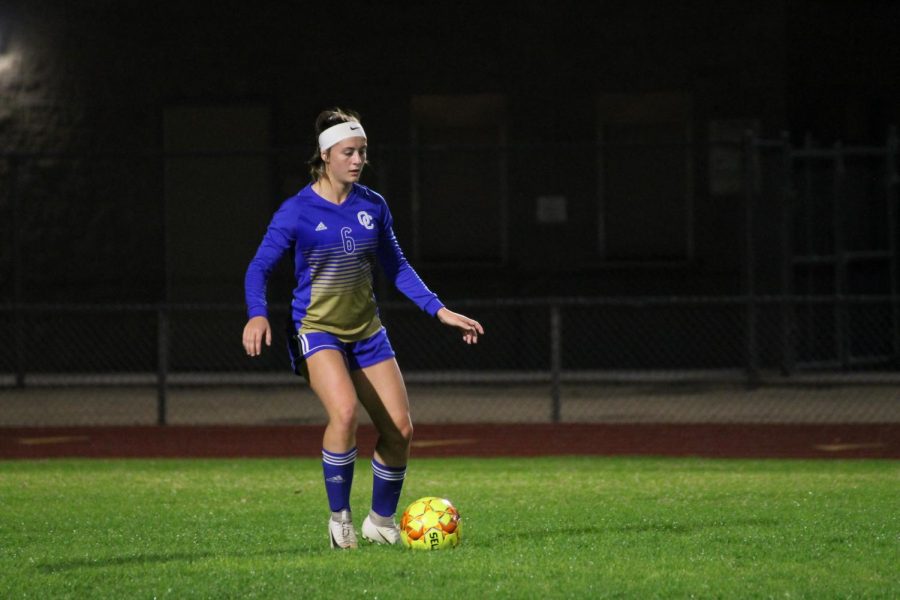 As the winter season begins, the girls’ soccer team gets ready for a great season. Starting on Dec 3, the varsity girls will play 12 games around the Valley. The girls have been working hard to prepare for the season ahead.

The varsity team is preparing to take the season by storm. Compared to the previous season, the team will be more focused on developing skills to help them win challenging games than anything else.

“This year there will be a lot more hard work, learning how to play against hard teams, and learning how to work as a team,” said Madelyn French, junior. “I’m excited to play with my teammates and get some wins.”

A big part of soccer is the relationships between teammates. Along with working hard to get ready, the team is looking forward to getting to know each other better.

“I just want to have a good season and have fun with the girls,” French said. “Everyone is really nice, and it’s a good thing to do after school.”

For the people who have been on the team for the past few years, soccer has built lasting relationships.

“I love the camaraderie in our team,” said Madi Gackle, senior. “I’ve built so many relationships with my team over the years.”

Soccer is not only a good way to get exercise, it can teach valuable life skills to the people involved. For instance, French said that in her position, she wants to learn to be a better leader.

“This is my first year on varsity, and I’m a goalkeeper, so I want to be able to help out my team and make a difference and be a good leader,” French said.

Due to The Talon going to the printer.. Blah blah blah

The girls’ JV soccer team has plans to dominate the field this season. With 21 girls in total, the team is working hard to do better than they did last year.

Before the season begins on Dec 3, the girls are working on building their skills so they’re able to face all the challenges ahead.

The girls hold themselves to a very high standard when it comes to winning. This year, they are working towards winning every single game they play.

“Last year, we only lost twice, so I’d like to have an undefeated season, because we definitely could have last year,” said Sasha Why, junior. “I think we have a great team this year and are able to do it.”

A big part of the game, according to the players, is about making friends with your teammates and getting to build strong, new relationships. Many girls have joined the soccer team just this year, so

“This year, there’s a lot of new people on the team, so I’m looking forward to building up and meeting all these new people and just getting better overall together as a team,” Why said.

“I think this is one of our best teams yet,” Zivan said. “We have a very strong defense and forward this year; they’re very fast, and everyone has a lot of skill.”