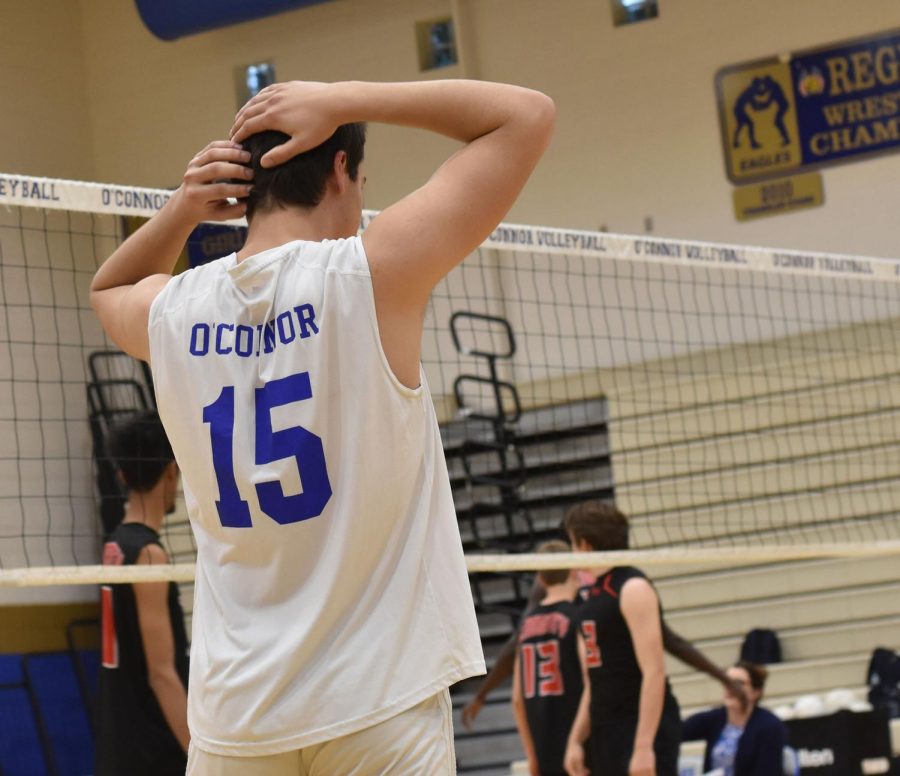 Boys volleyball, finish up the season with high expectations for state championships. Although the team lost their game against Highland 1-3 on May 7, they ended with overall a pretty successful season.

The key to their success was communication. Without it, it would be hard for the team to have functioned effectively.

“One of my main goals is to communicate with everyone so I get along with everyone. We’re all like family basically, we all love each other. That’s basically my part, I have to talk a lot to make sure everyone knows what their doing because some people aren’t present there with their brain,” said Daniel Chelminski, senior.

All of the boys on the team know each other, either from bonding over the course of the season or from having played with each other in a different setting. One way to get more familiar with the other players was to have already joined club volleyball ahead of time.

“Most of us have already known each other since back in middle school when we played together. And some of the younger kids who are new we kind of know them from club. So everyone has already known everyone so it’s just not like no one doesn’t know each other,” Chelminski said.

Like many other team sports, it is crucial for volleyball players to be able to rely on one another. This was reflected in the team’s progress throughout the season. Having made it to state, and won their game against Brophy 3-1, the team seems to have good chemistry.

“It’s the best team sport out there because you cannot play volleyball solo. Cause you have three touches and you can’t touch the ball three times,” said Caleb Hackett, senior. “So you really have to know and depend on the other players in order to play volleyball. So I think knowing the other players and having a good vibe with them is really important.”

The JV team’s season was a resounding success as they had a 15-2 record. They improved not only in their on-court skills but also with their chemistry.

Will Bryant, sophomore, felt that the team immediately bonded together, especially because some of the players were in a power training class together.

“The people who were in the power training class were already close except me and two other people and we were able to fit in really well and our team chemistry was really good,” Bryant said.

Other than the chemistry, another important aspect of the JV team was the decision to have JV A and JV B teams, which allowed players to get more playing time.

“I like that because for people that just want to try it it out and see if they like it, JV B  is the perfect place for them to start and make sure they do like it and want to keep going into sophomore, junior, and even senior year if they wanted to,” said Louden Heldt, freshman.

The team improved immensely throughout the year with both their both the physical and mental aspects of the game.

“At the beginning we weren’t coordinated, like we were all good athletes but we weren’t really working together as well as we should’ve been but as the season progressed we grew together and knew each other’s strengths and weaknesses and coach saw that in us too so I think that’s why we did really well this season,” Heldt said.