Track is Up to the Starting Line 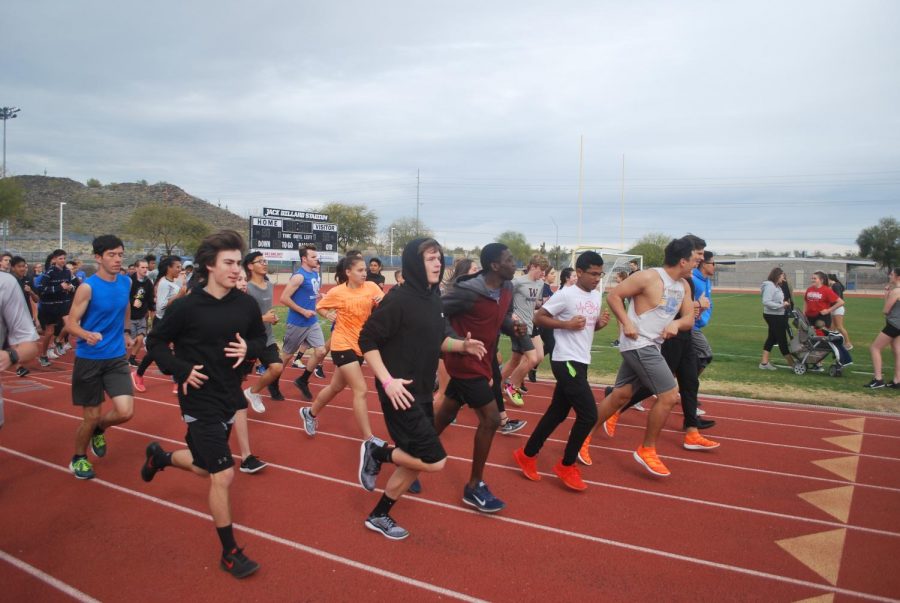 Track season is starting back up and the track team is extremely excited for the upcoming season and stronger than ever. The team this year is looking forward to winning the district meet and it all starts with how hard they’re working towards it. The new head coach, Eric Bolus, is already showing his prowess as a head coach and pushing the team to work harder than ever before.

Bolus, head coach of the varsity track team, has been pushing the team to have a “championship mentality.” He formerly taught at Deer Valley High School, and was the head coach there too. They won the district meet last year, but this year, Bolus is looking forward to beating his former team.

“I’m absolutely hoping to beat my old school. When we go head to head against those kids, the upperclassmen will most definitely recognize me and it’ll be kind of one of those things where you don’t want to get beat by your brother,” said Bolus.

“Personally, I like them. They’re hard working, and I mean, they pay attention. Great group of kids. I feel very confident, with all the skill we got on this team, I feel we all going to get somewhere. Only going to get better,” Archbold said.

Samantha Stumpf, sophomore, has been on varsity track since her freshman year, and is happy with the new head coach this year, and likes the way Bolus runs the program.

“He’s pretty good. He’s very hard work oriented, we like to work hard and have this championship mentality that he always likes to talk about, and that means putting in 100 percent effort in everything we do,” Stumpf said.

The first trck meet of the year is March 1 at the Mountain Ridge Invitational, and the team is have a strong showing in their first meet.

*Due to The Talon going to print, statistics from the Mountain Ridge Invitational can be found at AZpreps365.