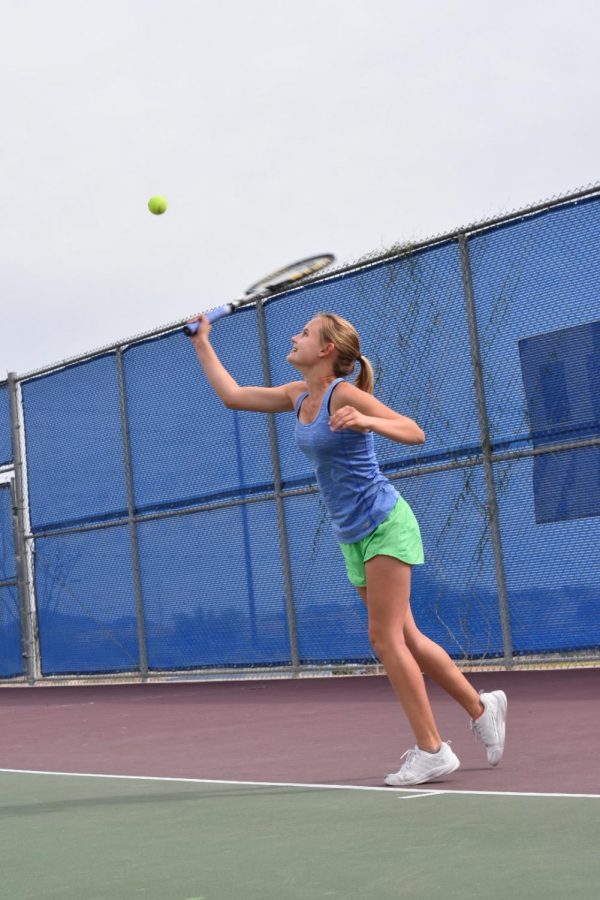 The 2018 tennis team is made up of boys and girls, on varsity, JV, and expedition teams. These dedicated student athletes practice everyday after school and participate in matches against other teams twice a week.

Shayan Afzal, junior, is on the JV boys tennis team this year. He started playing tennis when he was a sophomore.

“I already had a couple friends in tennis and I thought it would be good to play a sport in high school,” Afzal said.

The sport affects a variety of different people due to its difference from other sports like soccer or basketball.

A four year member and senior on the varsity team, Sammi Jo Aley, is excited for her last season.

“I really like the people on the team, I know that’s cliché but I really like how everyone is always really dedicated every year and it’s fun to play against other schools and see their teams,” Aley said.

Aley wasn’t new to the sport when she started out her freshman year, she started playing at a young age and got hooked from her family members who played the sport.

“I kept playing because I liked how it was different from other sports. It’s not a team effort it’s by yourself and you don’t have to rely on a lot of people,” Aley said. “You can take it anywhere, you can pay tennis for the rest of your life. If you were playing soccer it is hard to stay with that.”

The tennis team practices doubles and singles at their matches every week, focusing on individual growth with singles as well as working together as a unit with doubles.

“I love the practices and team bonding drills. We play games at the end of every practice and that’s my favorite part,” said Rebecca Gandolfi, junior, on the varsity tennis team.

“For this season I’m excited to spend time with all my senior friends since they will be leaving and then I’ll be the senior,” Gandolfi said.

Even those who had no former experience playing tennis can be a part of one of the many tennis teams on campus.

“If you don’t know how to play, we will take anybody and teach you because it’s just about getting out there and being active and having fun. It’s a lot about bonding and making new friends too,” said Sammi Jo Aley.

*Due to The Talon going to the printer, scores for the Independence matches can be found on aia365.com