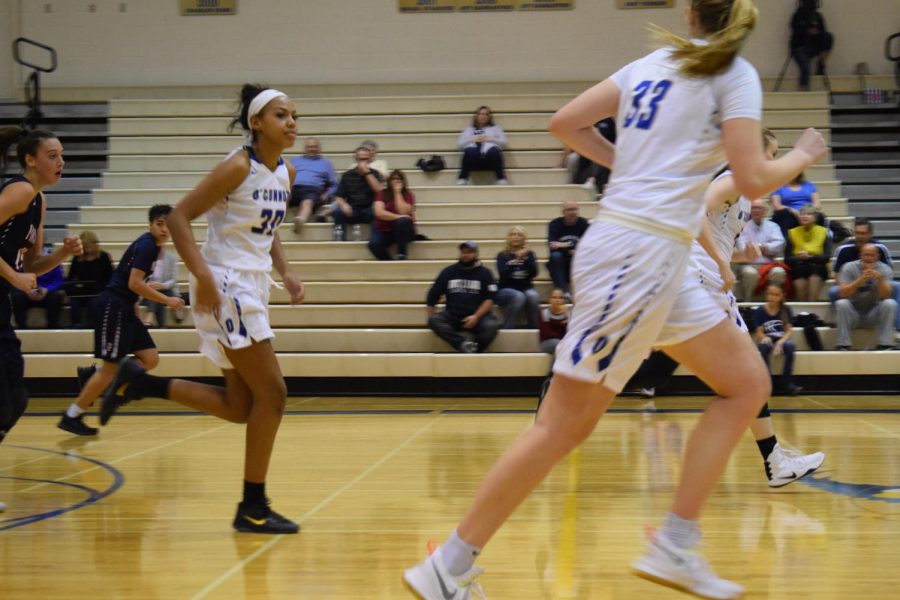 Girls basketball reminisces on last years success as they prepare for their next season.

Girls basketball has not yet started, but they have finished tryouts and have three new recruits for the teams.

“We have two new freshmen for the varsity team and they are going to make a huge impact for the team,” said Grace Lyons, senior.

The two new freshmen on the team have been taken in with open arms and are getting straight to work.

“We are very excited for the new season and have been practicing for the past four days getting right into it,” Lyons said.

“We have great chemistry and it makes it good because we can all bond and introduce these new players with open arms,” Lyons said.

Being good friends on and off the court is very important to the players and is a key component to the chemistry of the team.

“We are all friends and it makes it so much easier to tell them what their doing wrong and they take no offense because we are all trying to help each other,” said Mary Groff, junior.

Groff says she is playing for both JV and varsity gives her the option to get to know both teams and help out as much as she possibly can. This makes the ideas on each team get translated over and integrated onto both teams.

Even though girls basketball has barely begun, they have gone straight into the practice to get ready for the upcoming season.