Badminton shows no signs of cutting out that racket 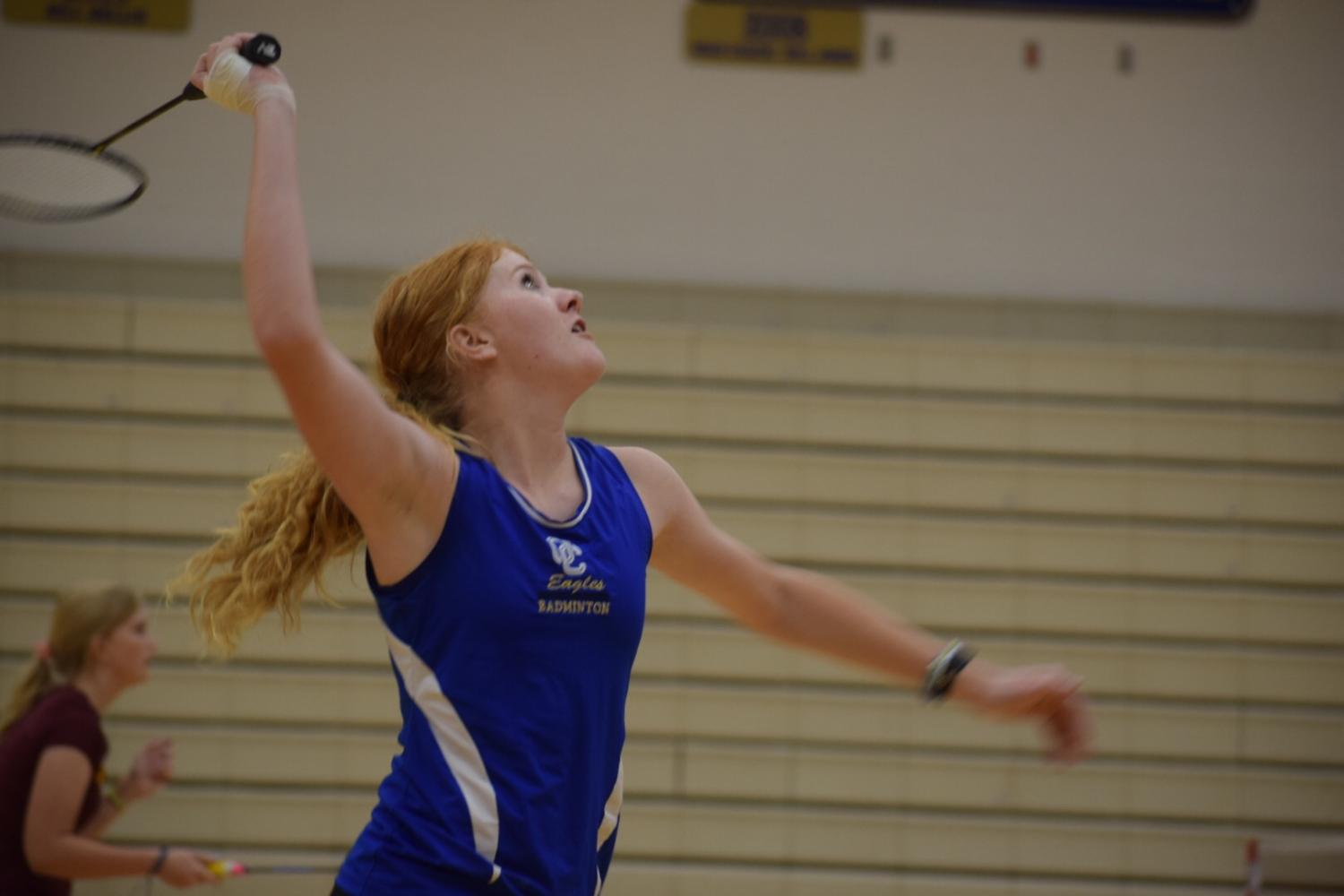 Badminton has begun their season with a record of 3-2, and are straight off a 9-0 win against Mountain Pointe.

The team says playing some of the best teams early on may have hurt their confidence.

“We played some of the toughest schools in the beginning of the season so they could’ve brought down the confidence but we’re working to build it up,” said Kirsten Norris, junior.

Amelia Shehi, senior, says despite the challenging schools, they are working their hardest to earn every point.

“Our coach told us it (Mountain Pointe) was a tough school and we just played Perry and they were a pretty good school also, so we’re just focused on working hard and playing for every point and not giving up until the game’s over,” Shehi said.

Shehi also says obstacles the team faced early on included conditioning and getting the team into shape for a new season.

Despite these obstacles, the team is excited to on win games and pave a path for State.

“All the girls are all working hard and we’re really putting in the effort to get better and make it to State,” Norris said.

The experience of being a senior and being with her friends has Shehi excited for the rest of the season.

“I’m most excited about being a senior and being on Varsity for the first time and getting to play with all my friends that I’ve been with the past four years,” Shehi said.

The team plays next on Sept. 11 against Boulder Creek.

With a positive record and hard work, the team is optimistic for what’s to come later in the season.

“The season is going really well, we’ve won more than half of our games so far and have continued all the work we really need to,” Norris said.