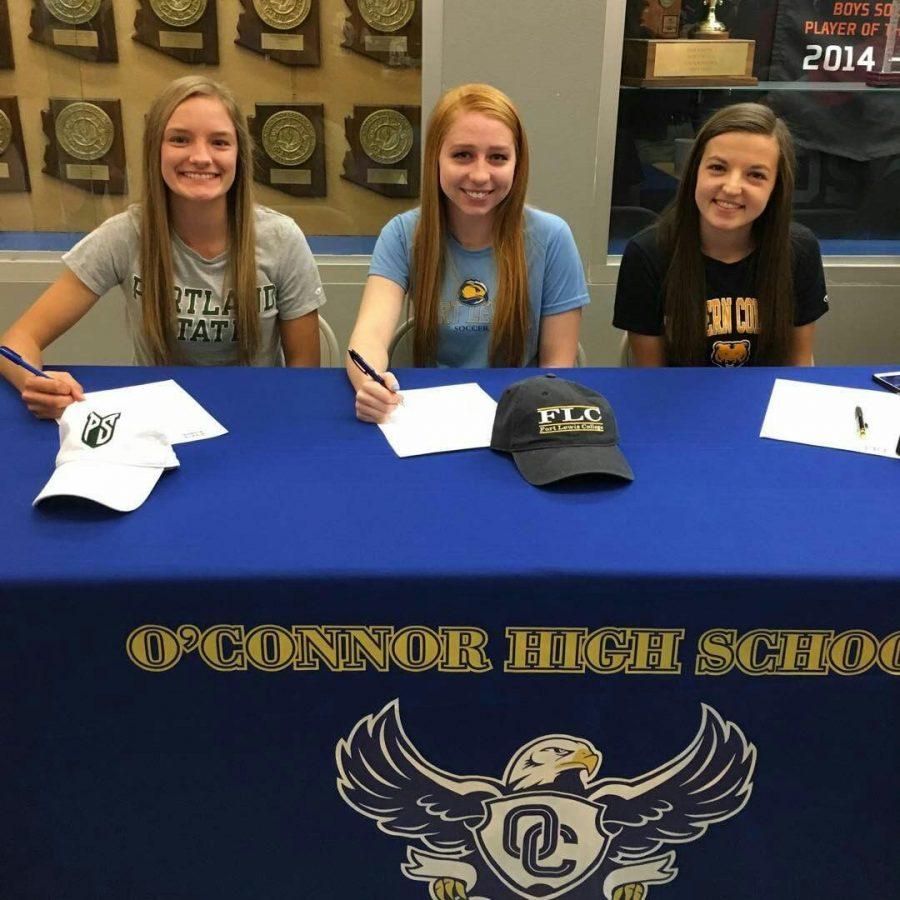 (From left to right) Paige Donathan, Ally Eller and Maddie Soles sign a contract to go to a specific college.

As graduation is coming up, athletic seniors are on the hunt to find scholarships to continue playing sports throughout college.”Signing day” allows athletic students to officially commit to playing a sport at a specific college.

On Feb. 1, senior athletes got to sign their National Letter of Intent stating that they will be attending a certain college to play a sport.

“It’s sort of like a contract between you and the school stating you are going there and nowhere else,” said Paige Donathan, senior who signed for Portland State University to play soccer.

Students who signed worked hard for their chance to be offered this contract and receive scholarship money, while getting to do what they love throughout college.

“I feel every student athlete not only worked hard on the field perfecting their skill and talent but they also worked extremely hard on their academics,” said Chandler Evans, athletic director.

Underclassmen who want to sign in the future can learn from the example of people who have had the opportunity to sign.

“I already have an idea for softball, and after knowing how hard the people who signed this year worked it made me want to work even harder,” said Kaylee Erickson, sophomore.