Wrestling takes the mat in a new season 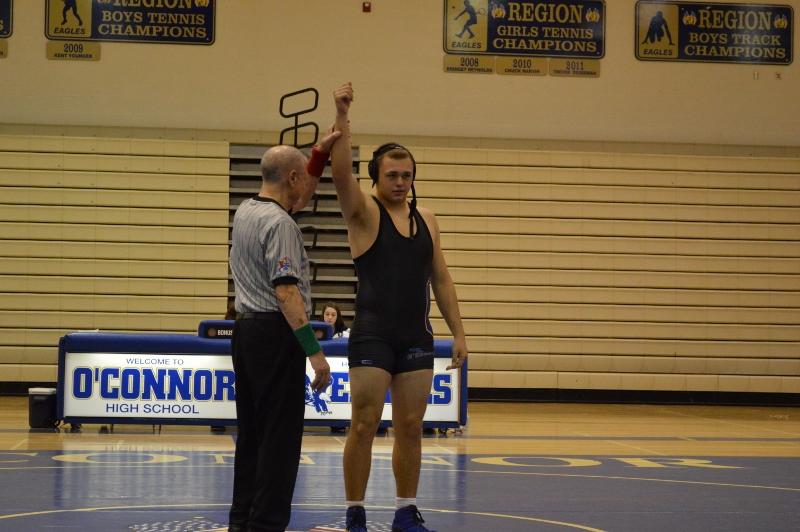 Jarom Christensen, senior, is congratulated after winning a match, at a home meet. Due to the date, this photo from last years wrestling season.

With a legacy of success, the OHS wrestling team starts off the season with confidence and ferocity.
The varsity wrestling team starts a new season with high standards from both the coach and team.
“OHS wrestling has had a long history and track record of successful, winning seasons and this year will again be a winning season,” said Adam Weeden, head coach.
The OHS varsity team had their first home meet on Dec. 11, it was a against Centennial High School (The Talon went to print the night of the first match of the season), Weeden is sure that his team is ready for a great season.
Weeden establishes the idea that what the team does off the mat is just as important as what they do on the mat. He makes sure the team knows to focus on their grades, relationships, individual training and diet.
“The best aspect of our team is how hard everyone is willing to work. Not because it benefits them but it benefits the entire team, ” said Chris Davis, senior and varsity member.
According to Davis, the relationship between the players is what helps make the team so great.
“The best aspect of the team is that we get hyped up for each other’s matches and push each other in competition,” said Taylor Rich, senior and varsity member.