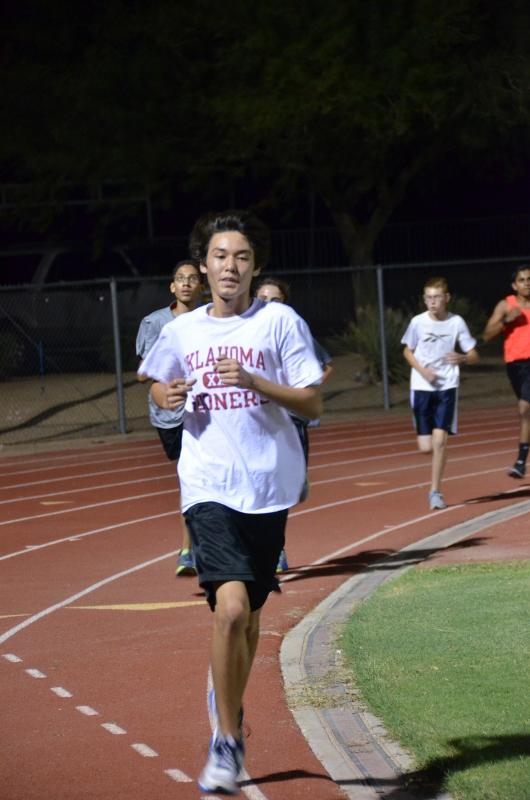 Trevor Glosson, junior, at a night practice in August.

As fall comes to a close, so does the cross country season. On  Nov. 8, the OHS cross country team participated in the AIA Division I State Championships.

The top runners on both teams were Jesselyn Bries, freshman, and Sebastian Kwit, senior.

“We didn’t do as well as we thought we would but we still did really well but could’ve had our times closer to each other,” Bries said.

Overall, the cross country team had a successful season with many players scoring well on both teams.