Golf ends season with a hole in one 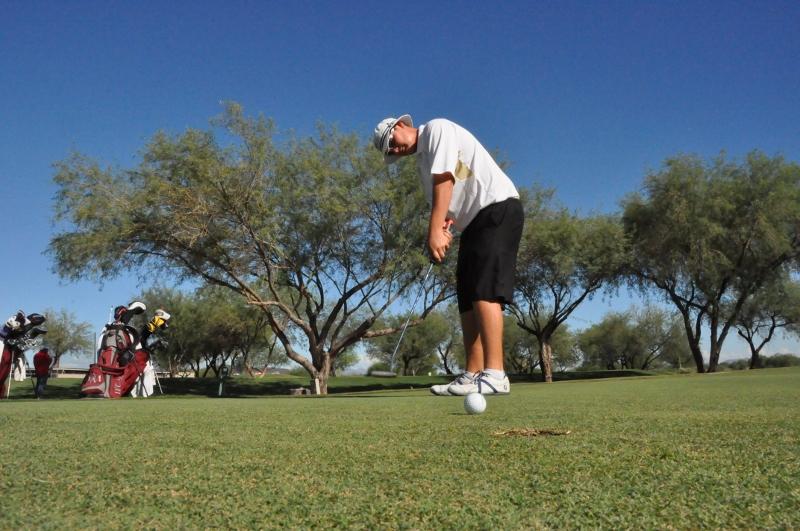 The girls golf team finished the season ranked 14th in state. They missed the state tournament  by .2 points and the team behind them got to go to State instead because of an automatic bid.

“We missed our goal of qualifying for state as a team,” said Greg Rice, head coach. “We just needed to play better down the stretch.”

Even though they didn’t meet their overall goal, the team is proud of how far they got.

“We had a good season. One of our highlights was winning the DV District Cup and winning a 2nd Place at Lake Havasu. Next season we will have most of our team back,” I have high expectations,” Rice said.

The boys golf team qualified 11th out of 14 for the state tournament which began last Wednesday and concluded last Thursday.

“It was different this year, so there was more players that were able to play,” said Drew Willis, junior. “We had a good season.”