French fries that will fry your taste buds 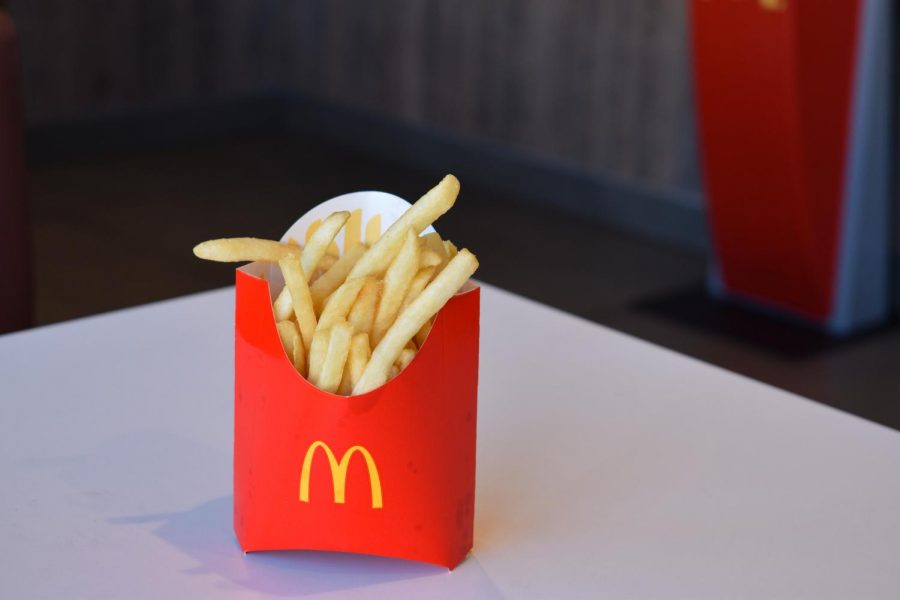 McDonald’s french fries were one of the sampled fries.

French fries have been a staple in American food culture for decades. Ever since they were popularized by fast food restaurants in the 1960s, Americans have been snacking, feasting, and devouring the salty fried treat with their meals. Some fast food restaurants have held onto their iconic fry recipe for decades, but other establishments offer a wide variety of fries that can be eaten with savory sauces and may have appetizing seasonings.

McDonald’s is one of the most prevalent and commonplace fast food restaurants in the country; wherever you go you can trust that a McDonald’s — and their familiar fries — will be there. As routine as it can be, the McDonald’s fries can sometimes be mundane and mediocre, almost a disappointment. There is no seasoning other than salt; the fries are typically given to you mushy, undercooked, and insipid to taste.

A fast food restaurant that took a very unconventional approach to the french fry is Chick-fil-A. With its waffle-style shape, it stands out from others. Chick-fil-A is also known for their sweet and tangy Chick-fil-A sauce, which is eaten with most of their menu items, including the waffle fries. Unlike other eateries, Chick-fil-A’s fries aren’t soggy or mushy, but some of the fries made from the outer edge of the potato can be undercooked. Despite the flaws of the fries, the sauce can almost make up for it; the Chick-fil-A sauce adds a delicious taste to an otherwise unremarkable fry.

Similar to the McDonald’s fry, In-N-Out Burger has a modestly simple fry; it is straightforward in the way that you always know what you’re getting. The In-N-Out Burger fry is completely average, with nothing to set it apart from any other fry. The taste is deeply unpleasant, an immense disappointment to a vastly popular fast food restaurant. As it tastes similar to the smell of cardboard, one can wonder how a person could ever say they are a fan of In-N-Out Burger.

Raising Cane’s offers a unique crinkle-cut fry; a balanced mixture of the waffle-style fry and the regular thin long shaped fry. Along with the uncommon shape, Raising Cane’s has a flavorful sauce: Cane’s Sauce. Similar to the Chick-fil-A sauce, Cane’s Sauce is a delightful mixture of sweet and tangy ingredients; its distinct taste keeps customers coming back. The fry itself is appetizing; the fry is somewhat crunchy on the outside and soft on the inside. The salt finds its way into the crevices of the crinkle-cuts, allowing for a near-perfect crunchy and salty bite.

Finally, the fry to rule over all others — the Five Guys French fries. Words could not convey the true flavor that the fries from Five Guys have; the seasoning, the texture, the portions, it all adds a whole other layer to the fry that other fast food joints can’t compete with. Some fries are short and crunchy, while others are long and soft in the middle. Another perk of the Five Guys fries is the amount that they have; along with the actual serving, the bag is always filled with additional fries, which allows for one fry portion being able to feed two or more people — or one hungry and passionate fan of the fries. Five Guys is known for not having a marketing strategy, opting to use the funds on quality control, which certainly shows in every experience a Five Guys customer can have.

In all restaurants, fries continue to evolve each day as new types of seasoning and flavor combinations become available. Some restaurants make fries from sweet potatoes, and Burger King even serves chicken fries. The versatility of the potato and fries gives the dish a unique standing of continuing success as fast-food joints sell their take on a true American classic.